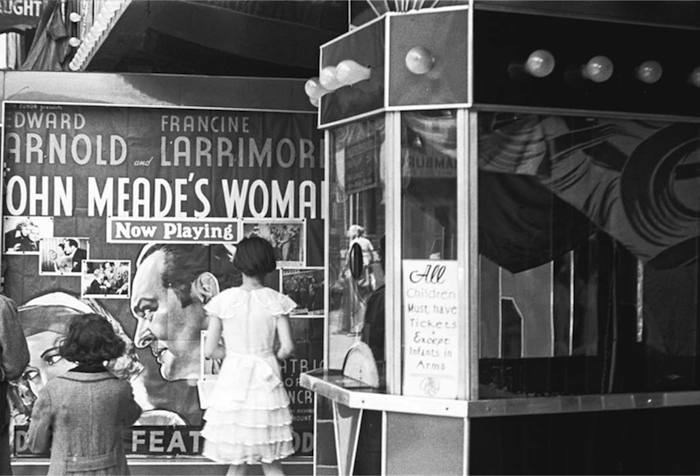 Moviegoers at a D.C. theater, 1937, photographed by John Vachon, courtesy of the Collections of the Library of Congress.

"We have two imaginary kingdoms. One, 'the South,' exists primarily in song, oral traditions and folkways, native art and literature. The other, 'Hollywood,' creates mass-produced audiovisual entertainments for American and world audiences, and develops its own mythology."

If you’re ever inclined to doubt the importance of the South to American movies—or vice versa—consider that David Wark Griffith’s The Birth of a Nation (1915), the foundation stone upon which the whole edifice of the American movie industry is built, and itself still perhaps (depending on whose figures you believe) the most successful film ever made, is a radically atavistic epic purporting to explain the entire sweep of southern history. A key document of southern cinematic literature, it is set mainly in the South, and was directed, brilliantly, by one native southerner (from the writings of another, novelist-racialist Thomas Dixon Jr.), but was filmed in a place whose fame, at the time, was yet to come: Hollywood, California.