Picking Blackberries and Getting By after the Civil War

One day last year, at the end of July, I walked down to Runnymede, alongside the River Thames, and picked a mess of blackberries. Since I had no one to please but myself, I made a cobbler and had just that for supper, at a cost of maybe fifty pence all told. Along with any number of childhood blackberrying expeditions with my grandparents in the mountains of Western North Carolina, picking blackberries always reminds me of summers in upstate South Carolina in the early 1980s when I was eleven or twelve. My brother and I would go through the woods and across the creek to Mr. Jamison’s pasture and pick several buckets of blackberries in the mornings, spend a couple hours cleaning the leaves and twigs out of them and pouring them up into our mother’s one-quart plastic containers, and then haul them around the mill hill in the afternoon to sell. I think we got about fifty cents a quart. Some people bought a pint to eat fresh, some bought a quart for a pie or cobbler, and some bought ten or fifteen quarts to can or make jam with. We rolled home for supper with the empty Tupperware containers and pockets full of cash.

I would like to suggest that these two activities—picking blackberries for home consumption and also for sale on a small-scale, informal basis—can provide insights on how working people in the South tried to get by after the Civil War. For generations now, economic historians have wrestled with the large questions of how the aftermath of the Civil War affected the South. In the process of understanding these structural shifts—how many thousand bales of cotton produced, the proportion of corn grown, the kaleidoscopic patterns of land tenure, and so on—it has sometimes been more difficult to catch sight of the working people, white and black, in the South as they experienced these changes and found their way through a transformed terrain. It is all too easy for them to appear as ciphers, ghosts materializing only when the man writing down the figures for the agricultural census came around, or when they climbed the steps into a crossroads store, “hands in their pockets and head hanging down,” as one song has it, to add a line to a ledger. The smaller bits and pieces by which people made a living, especially in rural areas—what the economic anthropologist Rhoda Halperin termed “multiple livelihood strategies,” the multifaceted and quickly shifting combinations of activities carried out by kin networks—leave less obvious traces in the historical record. To discern those patterns we require the sort of deep familiarity with a place and a way of life that close observation provides, the sort of fieldwork approach of folklorists or ethnohistorians. The results are likely never to be decisive—we will not know with any great certainty, for instance, just how many gallons of blackberries people consumed in any given county in the year 1880—but we will have added an important piece to the puzzle of how people lived.1

Picking blackberries for home consumption and for sale on a small-scale, informal basis can provide insights on how working people in the South tried to get by after the Civil War. 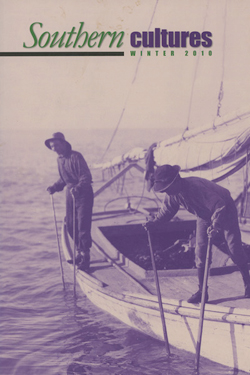 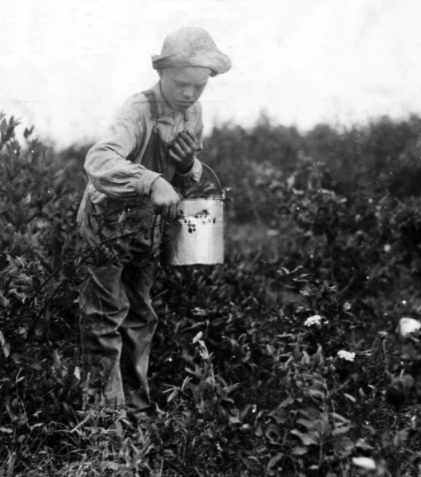 Homer Hunt, picking blackberries in Maretburg, Kentucky, photographed by Lewis Hine, courtesy of the Collections of the Library of Congress. 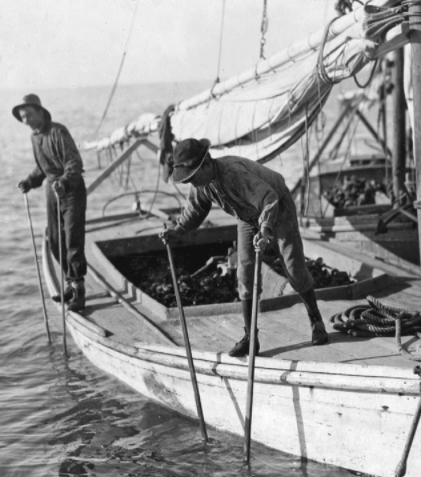 Young oyster fishers in Bayou La Batre, Alabama, 1911, photographed by Lewis Hine, courtesy of the Collections of the Library of Congress.

Blackberries are, of course, but one of a number of products from the commons that might be gathered or caught to provide sustenance and income. Some of these were available only in parts of the South. Oystering played a similar role in coastal areas, and chestnuts fattened hogs, fed children, and filled purses in Appalachia. A brief boom in sassafras oil in the 1880s across the mountain and hill regions of the South provided income to many, and for a time, it was thought that gathering sumac leaves for use in tanning leather could be a panacea for the South’s troubled agricultural economy. Other products were universally available, like rabbits and small game. Even so, differences in local circumstances, especially transport links to distant markets, could commercialize a commons product. For example, in the early twentieth century, Chatham County, North Carolina, southwest of Raleigh, became nationally known for the quality and quantity of its rabbits, shipping between 14,000 and 26,000 to New York each year between 1910 and 1915.2

Blackberries are, as the British herbalist Mrs. Grieve wrote in 1931, “too well known to require description.” Comprising up to two hundred species of the genus Rubus, part of the rose family, they are found across the whole of North America. Blackberries are perennials, with new canes, bearing sharp thorns, coming up from the roots and crowns of the plant in spring and summer and featuring trifoliate or palmately compound leaves. In the second year, white flowers appear on those canes in spring and mature into berries composed of clusters of drupelets that ripen to a deep purple or black in summer. In the autumn of the second year, the fruit-bearing canes eventually begin to die back. Blackberries have always thrived on neglect, springing up in the places no one cared about and on the patches of ground not worth devoting to cultivation, “the corners of the worm-fences and the sides of red gullies in the weary and wasted fields,” or “xericmesic and mesic [dry to moderately moist] soil conditions, fields, roadsides, forest openings, harvested forest,” though shunning the deep shade of the forest itself. Blackberries come in within two or three years of a field being taken out of cultivation, covering “acres of old fields which once were planted in corn,” and, as one newspaper reader observed in the early 1880s, “grew plentifully in fence corners and old fields at will and without culture.”3 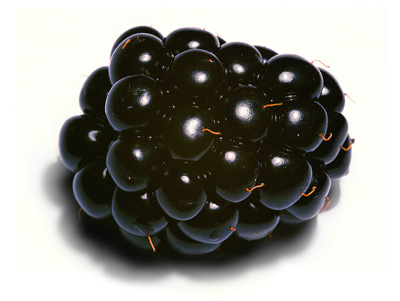 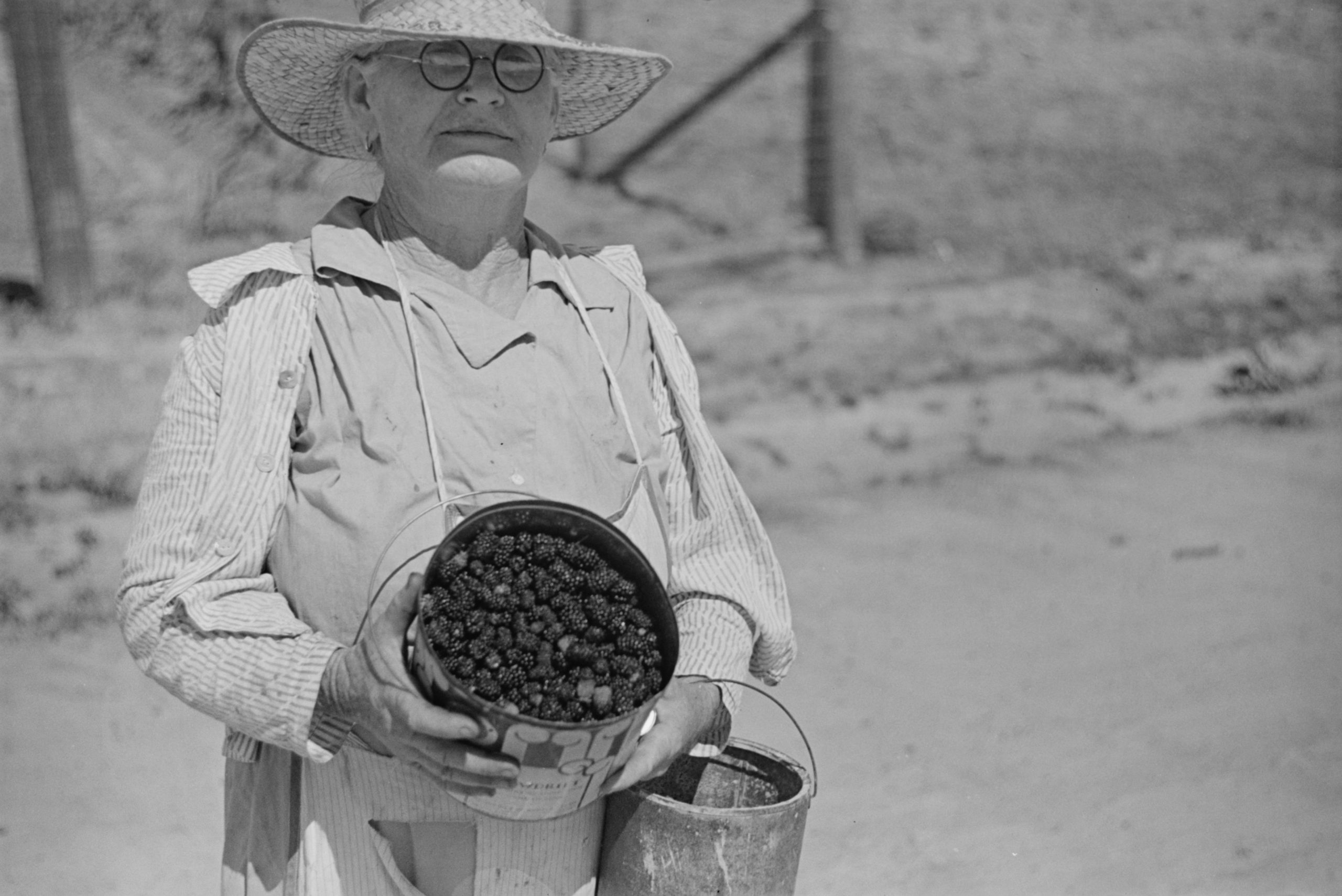 Grandmother MacDuffey, with blackberries picked from nearby swamps, Irwinville, Georgia, 1938, courtesy of the Collections of the Library of Congress.

One important habitat for blackberries in the South was alongside fences. As early as the beginning of the eighteenth century, split-rail worm fences came to be the most common means to enclose crops since they were technologically simple, easy to move, and well suited to uneven ground. These advantages, though, came at a cost: since the rails had to come together at an angle, each fence created a space approximately ten feet wide where cultivation was impossible, “an environmental haven for weeds, groundhogs, birds, and other undesirables [sic].” Of course, prominent amongst these “weeds” and “undesirables” were often blackberries, wild plums, sassafras, and a host of other edibles. As anyone who has tried to maintain a pasture or hay field in the South can attest, blackberries quickly get out of control. Because blackberries spread by producing suckers, as new canes are called, from the roots and crown of the plant, simply mowing or burning or grazing them down to ground level only solves the problem for one season. With the root system extending two to three feet outwards and lying a foot beneath the surface, the area blackberries cover can expand geometrically, and normal cultivating or plowing would have had little effect since cultivators and most plows used in the South in the nineteenth century did not go deep enough to grub out the root system.4

Bruce E. Baker is the author of several books about the South, most recently The Cotton Kings: Capitalism and Corruption in Turn-of-the-Century New York and New Orleans(Oxford University Press, 2015). He earned his PhD in history at the University of North Carolina at Chapel Hill. He lives in the Scottish Borders and teaches in England.