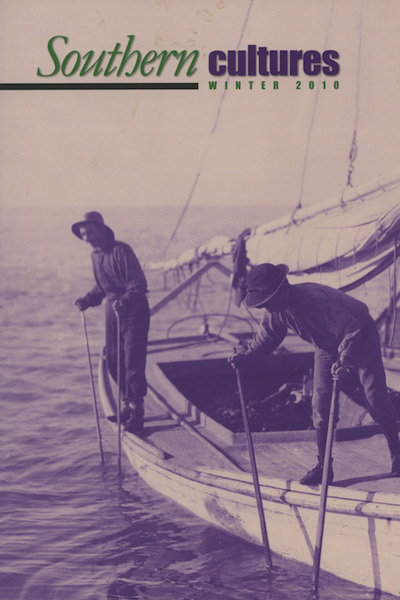 "The South's diversity not only has room for 'High Culture,' it also shelters a range of vernacular cultures that Mencken barely recognized. As a result, the meaning of 'southern cultures' is far more fluid and unpredictable than he and many others recognize."

"He was a verbal bully with a bully pulpit, more entertainer than sly persuader; in terms of reach and impact, a modern equivalent would be someone like Rush Limbaugh, although Mencken's demographic share was predominantly young and intelligent while Limbaugh's is old and stupid."

“A recourse that could be depended upon”

"'My belt buckle is my bling-bling. It's just going to keep getting bigger.'"

"After two pricey tickets for speeding on Highways 17 and 43, their endless billboards screaming like previews of a coronary, I had to slow down."

"We can place the South into three categories: 'southern to the core,' 'pretty darn southern,' and 'sorta southern.'"

Home of the Double-Headed Eagle: The Visionary Vernacular Architecture of Reverend H.D. Dennis and Margaret Dennis

"In the deep peripheral ravines settled by the descendants of local sharecroppers, The Home of the Double-Headed Eagle shoots up from a long row of kudzu-covered shotgun shacks and cracked pavement to entangle passerby."

Soul of a People: The WPA Writers’ Project Uncovers Depression America by David A. Taylor (Review)