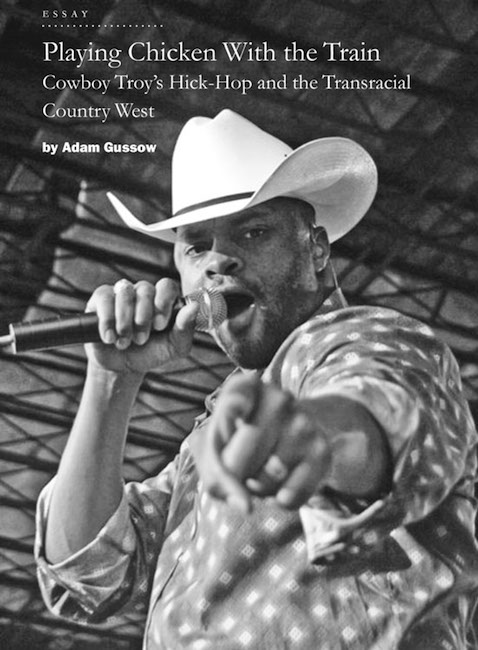 "'My belt buckle is my bling-bling. It's just going to keep getting bigger.'"

There was no necessary reason why Cowboy Troy’s country-rap single, “I Play Chicken With the Train,” should have caused such an uproar among country music fans when it was released in the spring of 2005. The song itself is a sonic Rorschach test: not so singular a curiosity as many might think, but still a challenge to what passes for common knowledge in the music business. It is animated by a sound and a lyric stance that might strike us, in a receptive mood, as uncanny—at once unfamiliar, a half-and-half blend of two musical idioms that rarely find themselves so jarringly conflated, and strangely familiar, as though the song has distilled the sound of ten-year-old boys filled with limitless bravado, jumping up and down and hollering into the summer afternoon. Compared with other country-rap hybrids, “I Play Chicken With the Train” contains surprisingly few sonic signifiers of hip-hop: no breakbeats, no samples, no drum machines, no scratching. The full burden of audible blackness is carried by Cowboy Troy’s decidedly old-school rap, with its square phrasing, tame syncopations, and echoes of Run-DMC. One hears white voices framing, doubling, responding to, supporting, that black voice; simultaneously, one senses that somebody has torn down the wall that is supposed to demarcate firmly the boundary between twanging redneck euphoria—the lynch-mob’s fiddle-driven rebel yell—and rap’s exaggerated self-projections of urban black masculinity.