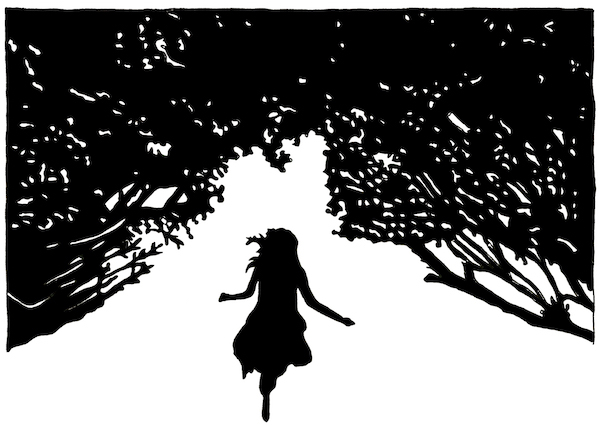 Illustration by Catherine A. Moore.

"'Delinquent' girls like McNamar became the victim, the problem, the cause, and the evidence of other urban dilemmas within the reform rhetoric and agenda."

When sixteen-year-old Marie McNamar escaped the Virginia Home and Industrial School for Girls in May 1913, she intended to go home. She had gotten word that her father in West Virginia was ailing and, out of concern for her younger siblings, broke out of the white girls’ reformatory. A month earlier, McNamar had been charged in Norfolk as a “delinquent” minor (in the language of the time, a “delinquent girl”) after separating from her husband, with whom she had eloped. Instead of sending her home to West Virginia, the judge in Norfolk’s police court sentenced her to an indeterminate term confined in the Virginia Home and Industrial School for Girls, a reformatory located just outside of Richmond, near the resort and farming community of Bon Air. McNamar spent five days on the run, but never even made it out of the county before G. T. Jarrell, a local county police officer, found her. To avoid being sent back to the reformatory, she told him a tale of woe designed to appeal to his sympathies as a white man and a southerner: she and the other inmates at the reformatory—all adolescent and teenage white girls under eighteen—were forced to do physical labor for long hours under the supervision of a black man. Officer Jarrell, upon hearing an account of her ailing father and hardships working for a “negro boss,” offered to help her gather the money to get back to her home in West Virginia, despite the fact that she had been legally confined to the juvenile equivalent of jail. Instead, the local justice of the peace stepped in and arranged to have her returned to the reformatory to serve out her sentence.