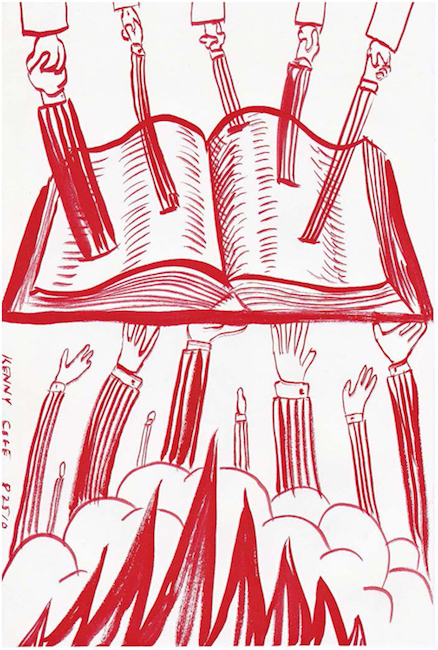 Untitled wall study, by Kenny Cole, 2010, courtesy of the artist.

“Standard descriptions of what makes southern literature and culture distinctive (if not ‘exceptional’) are by now familiar to most bibliophiles . . . But such symbols of southernness are fraught with stereotypes, and they rarely tell the whole story.”

When we asked some of our favorite writers, scholars, and literary critics for their thoughts on the state of “21C” southern fiction, many demurred that they didn’t know the field well enough to comment. By definition, 21C fiction includes only novels and short stories published since January 1, 2000; the more cautious among us might argue that it’s too soon to judge this field with any certainty. We understand these sentiments, but with all due respect to Faulkner and friends, we wanted this special issue to focus on what was fresh and new in southern letters. For me, this was a labor of love, culminating almost a decade after moving to Chapel Hill to study southern literature, that move itself a dream long deferred.

Book Tour: Any Other Place