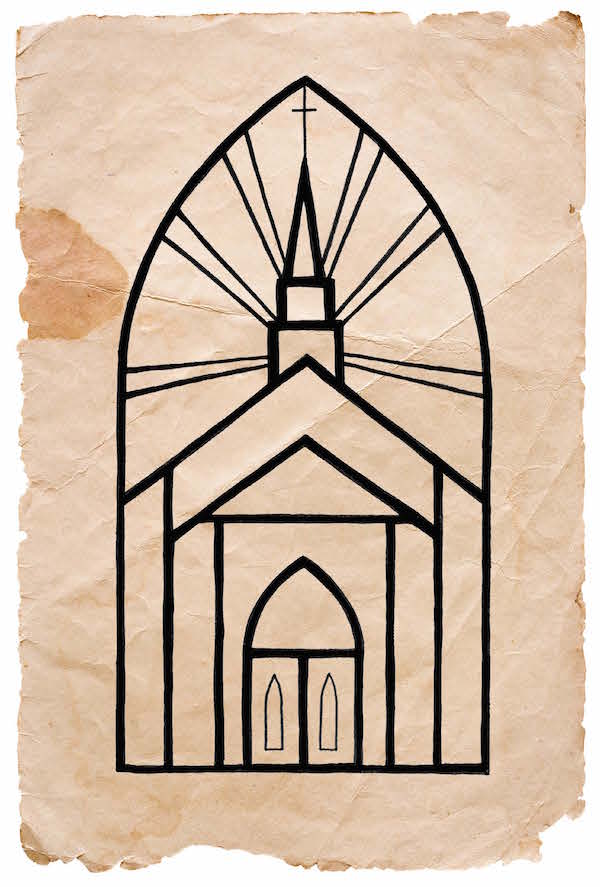 Illustration by Catherine A. Moore

"Though race is not present in biblical depictions of slavery, white southerners' reading of scripture presupposed a natural social hierarchy in which Christianity, whiteness, and masculinity stood at the top."

The black smears of paint on my face and hands were smelly, and they itched. It was the mid-1980s, and I was seven, maybe, or eight. In my first church Christmas play with the grown-ups, I was excited to deliver my single line, the only line I remember from my brief career in church plays: “Dem yaller pieces a paper allus brings bad news.”

My dad was the minister of our little Southern Baptist church, the church where he’d grown up and then returned from seminary as pastor, almost full-time (in the bi-vocational Baptist tradition, he also drove a school bus). While at Southeastern Baptist Theological Seminary in Wake Forest, he and my mother had left a white church in protest when members decided to padlock its playground to keep out local black children. Now, back home in the North Carolina mountains, he watched his elder daughter perform in blackface.

The blackface was gratuitous—a last-minute backstage addition to my costume that my parents did not anticipate and that I did not understand. I do not remember who rubbed it into my skin. Yet the entire scene in which it was set was absurd. I was a servant child in a 1950s household, and shortly after I delivered my line, the scene faded to a classic nativity. That play happened a few years before the play director and some other church members pushed my dad out for preaching too much love and too little hell, for choosing the NRSV Bible over the King James, for rejecting the biblical inerrancy that became a litmus test for Southern Baptist orthodoxy. Before kids at school heard about my family’s heresies in church and on local radio and shunned my sister and me, or warned us of the hellfire to come. Before I began to question the habits of thought and belief that I had absorbed since birth. >