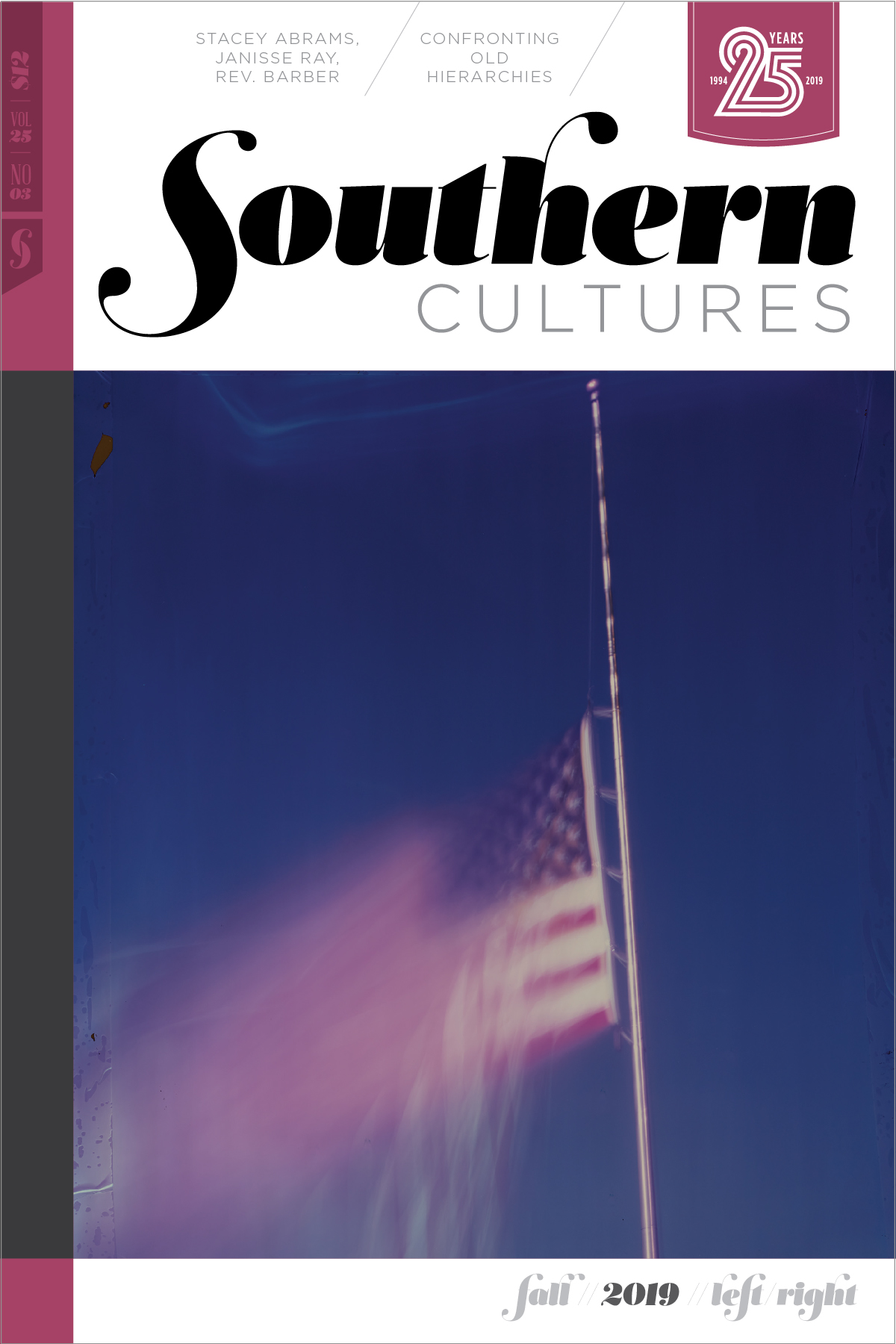 In this issue, we look left, right, and everywhere in between.

“The South has seen its share of revolutions before.”

“Right field, where perennial All-Star Hank Aaron played, was, first, the site of the Sermon on the Mount and, later, Golgotha.”

Gird Up, Get Up, and Grow Up

"These state bodies, we've trained them to do what we did here with Moral Monday. And that's what's power."

"So often we're told to run despite who we are, and I am running because of who I am."

Unsettling Histories of the South

"Embracing [indigenous] societies as an essential part of southern history may confound the question 'Where is the South?' but also asks provocatively, 'When is the South?'"

"Though race is not present in biblical depictions of slavery, white southerners' reading of scripture presupposed a natural social hierarchy in which Christianity, whiteness, and masculinity stood at the top."

"[Activism] is rooted in the needs of a community, in the imagination, in the history of activists who serve as role models and inspirations, in art, in centuries of intellectual thought regarding power."

"How do you explain to a seven-year-old his all-encompassing blackness?"

"We're not that different and this life is short."

The People of Jackson Are Ready

"We have to figure out how we go around [the mountain] or, like Hannibal, how we just run the troops up."

"You see Dixon's handiwork in the breathless roundup of atrocities allegedly committed by people of color against white people in Brietbart News's 'Black Crime' section; and in the attacks on individuals such as Philandro Castile, Trayvon Martin, and Tamir Rice."

"Unsurprisingly, there was no conversation around my dinner table as a child about the racist politics and actions of the Kitchin brothers."