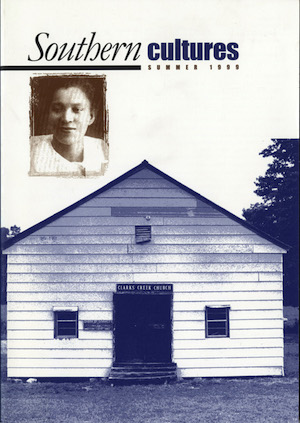 "Affairs of the heart reunite North and South."

At one point in the novel Across the Chasm, the heroine Margaret Trevennon meets an awkward, though handsome, Confederate veteran and immediately classifies him as a “familiar type of Southern man, but not a favorable one.” She finds “a sort of aggressive self confidence in his bearing, which was unpleasant. …He belonged to a class she knew well— men whose range of vision had been limited, but who were possessed of a feeling of superiority to others in general, and an absolute conviction of superiority to the best Yankee that ever lived.” Virginia novelist Julia Magruder penned this indictment of the arrogant southern man not in 1925, when the modernist movement brought self-criticism to the South, but in 1885. Yet the unappealing Confederate veteran is only part of the story she told. Magruder chose a time-tested genre, the North-South romance that in its union of a southerner and a northerner could also symbolize national unity and reconciliation. In this “romance of reunion,” she combined both older and more recent notions afloat in her culture. Moreover, her willingness to criticize the South and southern men placed her among a small but vocal group of southern women writers who were creating new stories about the South and the men and women there.