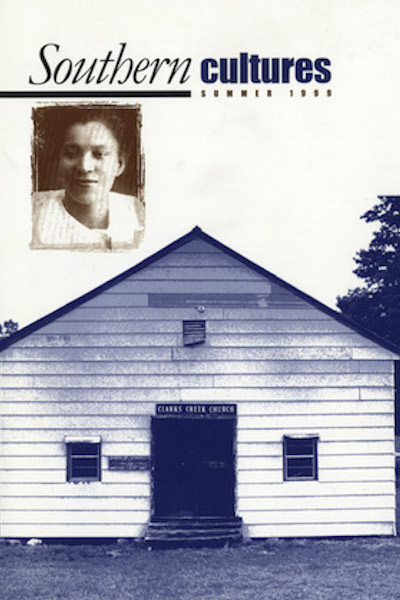 Doris Betts on the Snopeses. The Souths of Sterling A. Brown. Owning a “piece of your own” in Claiborne County. Southern women write the North-South romance. John Shelton Reed tells us where the South is. And book reviews on subjects from swamps to blues to gender and Reconstruction. All in Summer 1999!

"If there are many Souths, enjoy them all."

"An unexpected kinship with Flannery O'Connor and an exploration of what it means to be a 'piedmonter.'"

"One author's attempts to dispense with the Negro and to reveal a fuller African American experience."

“A Piece of Your Own”: The Tenant Purchase Program in Claiborne County

"A newspaper account, an interview, and some historical context for a murder near Martin, Mississippi."

"Affairs of the heart reunite North and South."

Where Is the South?

"The South has been defined in a great many ways, but two of the most interesting characteristics we can use to determine its boundaries have not been gauged until recently."