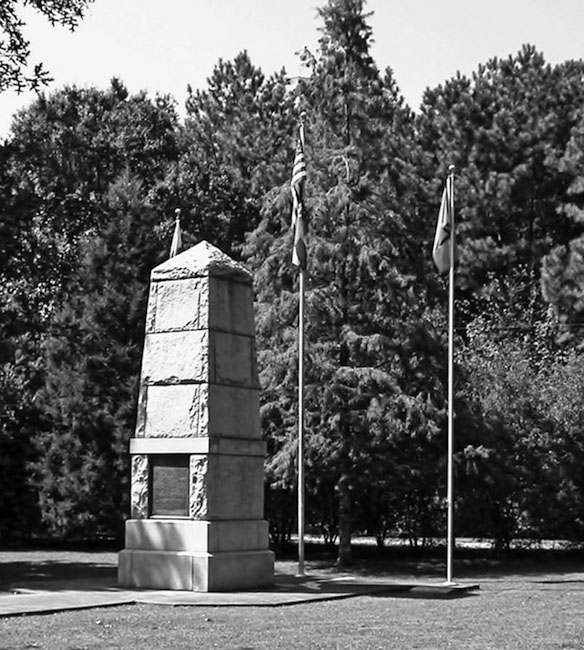 The New Echota marker, erected in 1931 at the approximate site of the old capital, courtesy of the author.

"Sanctifying a historic site almost always involves an effort to derive some kind of clear moral message from the events that have taken place there. At New Echota in the early 1960s, that interpretive effort focused on the story of Cherokee Removal, and the moral message was atonement."

Cherokee Removal is the most famous episode of the South’s Native American history. It is also an event that southerners have commemorated quite extensively. Tribal museums in North Carolina and Oklahoma, as well as parks and historic sites in at least five other states, tell the story of the Trail of Tears. Documentary films, multiple novels, a host of children’s books, and at least one TV movie (starring Johnny Cash, no less) have also recounted the Cherokees’ forced migration. A nationally designated trail maps the tribe’s general route, and the annual Trail of Tears Motorcycle Ride recalls the journey. No other Indian event, except perhaps the Battle of the Little Big Horn, has received so much attention in America’s culture of memory.