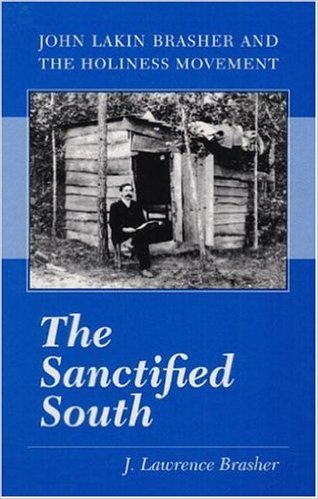 Kneeling at an altar between a prostitute and a “bum,” John Lakin Brasher did something that few scholars understand: he yielded to Christ’s saving and sanctifying death and the power of his Holy Spirit. The year was 1899, and the place was Birmingham, Alabama, where the young minister’s experience became a part of the forces changing southern culture. In preaching this experience for the next seventy years, however, Brasher also continued a holiness tradition that to this day sustains hundreds of thousands of southerners and millions of Americans. His story, told by a grandson who emphasizes the elder man’s rhetorical virtuosity and personal authority, is not only his own and that of “the Sanctified South,” but also of many people beyond. That the holiness movement was national as well as southern and innovative as well as traditionalist suggests that posing such dichotomies does not always serve us well. That the movement was intensely personal, broadly evocative, and long lasting, and that it sustained values at odds with secularization, suggests that we cannot understand southern culture if we do not understand the holiness phenomenon. The self-dramatization of Nashville writers was never so characteristic of southern resistance to modernity as the intensity and discipline of holi- ness folk.