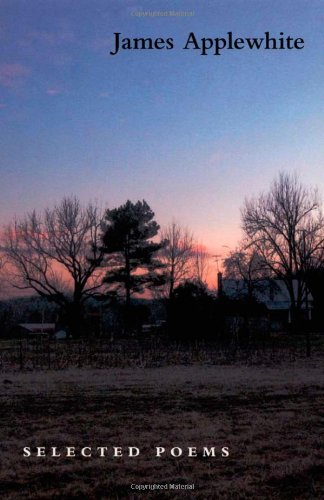 It’s remarkable how often the national poetry establishment fails to celebrate the many fine southern poets writing today. Our poets win an oddly small number of major literary awards, and they appear in far too few anthologies of national scope. No informed person could seriously argue that contemporary southern poetry is on the whole inferior to contemporary northeastern or west coast poetry, but the national scene is dominated by poets from those regions. Even when southerners manage to break through to some form of national acknowledgment, the stalwart anthologists often hold the line. The new, third edition of the Norton Anthology of Modern Poetry expands that standard textbook to two volumes, but still finds no room for Bollingen Prize-winning Fred Chappell or Pulitzer Prize-winning Henry Taylor. And Maya Angelou and Miller Williams may have built reputations that won them commissions for Presidential Inaugural poems, but neither has ever appeared in the annual Best American Poetry series. The chief tastemakers of contemporary American poetry, Harold Bloom and Helen Vendler, clearly believe that American poetic talent is concentrated in the Northeast; when they do exalt contemporary southerners, those poets (chiefly Robert Penn Warren, A. R. Ammons, and Charles Wright) have typically either moved to the Northeast or established second homes there. For recent poets, southernness tends to be a handicap.