The Impact of Coastal Erosion and Restoration on Louisiana's Oyster Industry 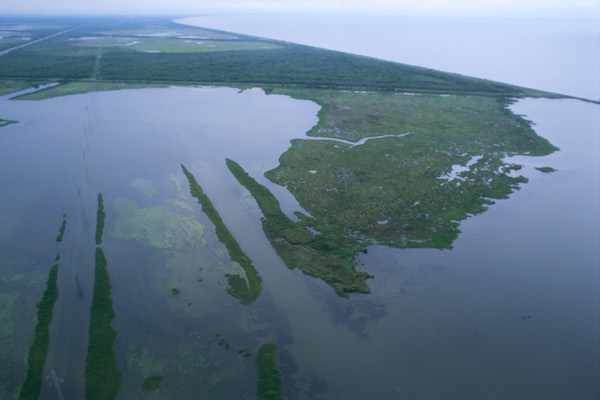 Courtesy of the National Digital Library of the U.S. Fish and Wildlife Service.

The Impact of Coastal Erosion and Restoration on Louisiana's Oyster Industry

“The problem of balancing the public interest against the interests of individuals remains an ongoing challenge in the management of Louisiana’s coastal wetlands.”

In December 2000, a jury in Plaquemines Parish awarded $48 million to five Louisiana oyster fishers. By filing suit against the state, Albert J. Avenal, Kenneth Fox, Clarence Duplessis, Nick Skansi, and Fox Oyster Company drew public attention to the ongoing challenges of protecting natural resources—challenges that governments and communities across the country had been struggling with for decades. In fact, oyster fishers on the East Coast had seen 99 percent of Chesapeake Bay oysters disappear since the nineteenth century because of overfishing and disease. In 2005, the problem had become so grave that an environmental consultant in Maryland petitioned the National Marine Fisheries Service to place that specific variety of oyster on the endangered species list. The request drew ire due to its probable impact on oyster fishers’ livelihoods—but there remained a sense that something needed to be done to address the long-term problem. These ongoing tensions highlight the complex crucible of competing political, economic, and cultural interests born from Louisiana’s deteriorating costal environment.