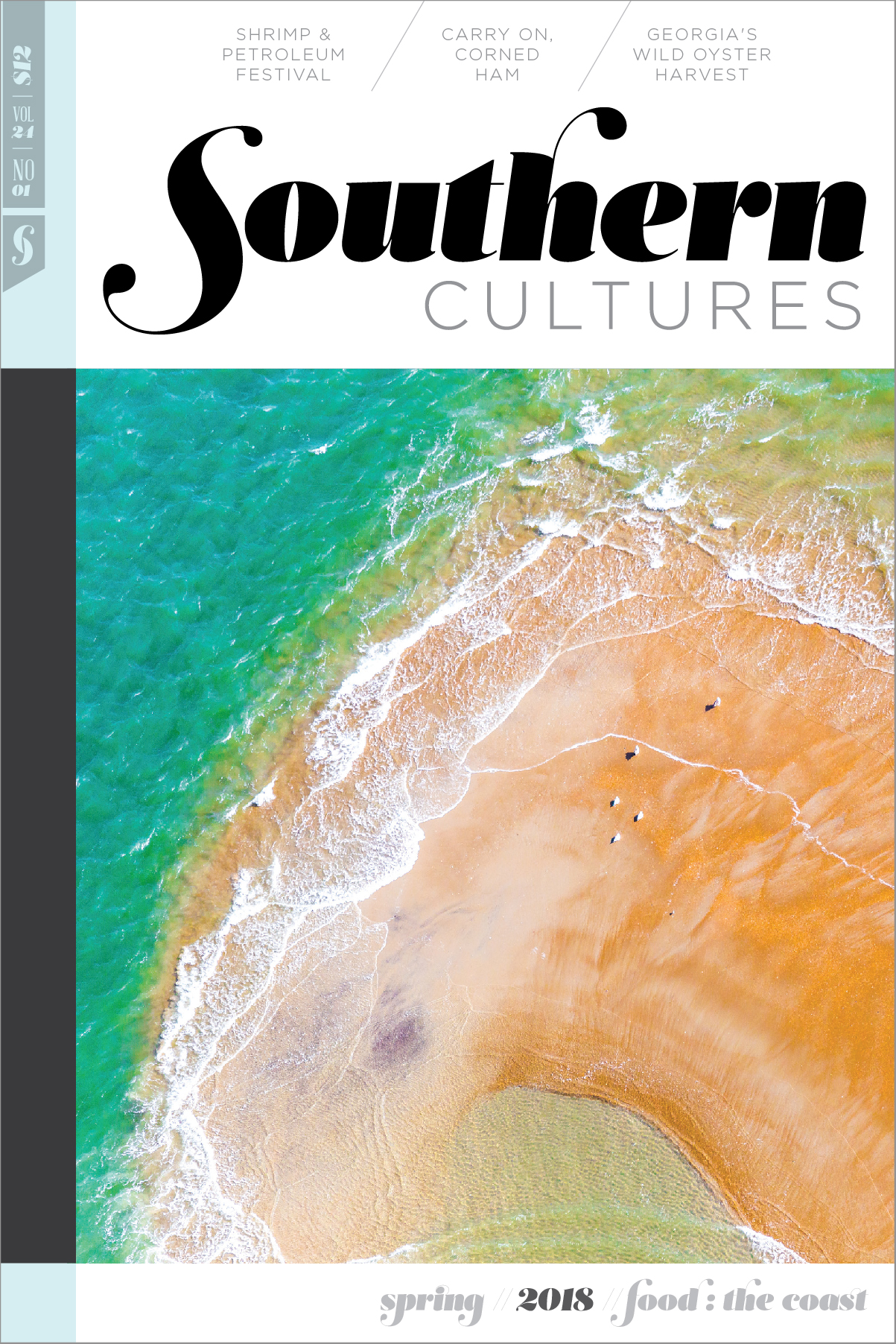 “Discovering the North Carolina coast has felt like coming home, and its food and the fishing community who make it possible are at the heart of that homecoming.”

“Florida markets itself as one big beach, white sand and turquoise sea, maybe punctuated with a theme park or ten. But look at a map: it’s really a place of rivers, streams, sloughs, and creeks, so many it looks like veins in a body.”

“‘Dealing directly with nature is a very chancy proposition. She’s a sort of a jealous thing.’”

“The problem of balancing the public interest against the interests of individuals remains an ongoing challenge in the management of Louisiana’s coastal wetlands.”

Pageants, Po’ Boys, and Pork on a Stick

“The Louisiana Shrimp and Petroleum Festival is not a ‘food festival’ in the way those events are often construed today, full of TV chefs and pop-up restaurants and brands and small bites and flavor innovations and swag.”

“Bivalve mollusks are ugly creatures. They grow in clusters and possess razor-sharp edges. They stretch heavenward like spires on a devilish cathedral. They’re as wild as their habitat.”

“I felt a chill from the sea breezes still coming off the bay. It is hard to come back to a vanishing culture.”

“‘I know God said He was not going to flood the earth no more, and that’s true, but the floods is still coming.’”

“For a long time, only coastal folk bothered to seize the moment of the crab’s transformation and make a sandwich of it.”

“Often, my good nights would include the question, ‘How did you all end up eating a whole ham?’”

Alongside Shrimp and Bluefish

“‘Oysters played a great role in my life, and I would tell any child on this earth that twenty-four oysters took me around the world.’”

“‘It’s very hard to describe what that pone tasted like, except it was delicious. It was not really sweet, but not unsweet. It was dark brown in color. It was not light and feathery; it was of a heavier, denser consistency. It was just delicious.’”