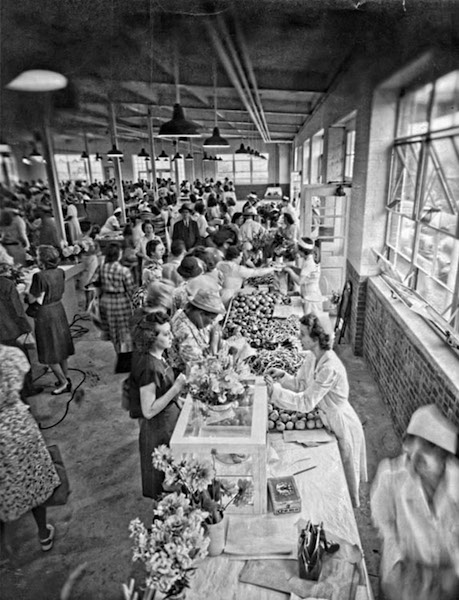 Buying local food is all the rage today. Serious students of food tout the advantages of produce from nearby regions both for flavor and environmental advantages. Long before the word locavore entered the national vocabulary, however, southern women developed their own regional food networks, both as producers and consumers. During the first third of the twentieth century, enterprising farm women produced and sold eggs, chickens, butter, fruit, and vegetables, and discerning urban housewives bought these products, sometimes from local stores and sometimes directly from the growers. That both groups tried to gain advantage in the exchange demonstrates the complexities created by people with disparate goals and by urbanization, which led to an increasing divide between town and farm people. Women showed their acumen in supplying food for the market and for their families, locally grown and purchased.