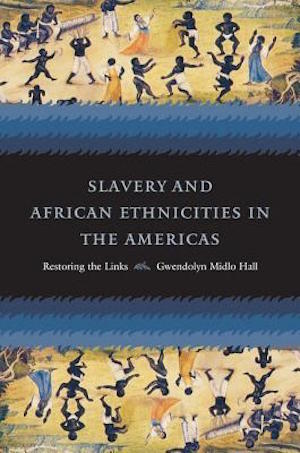 Slavery and African Ethnicities in the Americas: Restoring the Links by Gwendolyn Midlo Hall (University of Nort Carolina Press, 2007)

When Alex Haley’s Roots appeared in 1976 it set off a storm of excitement among African Americans about the possibilities of tracing their ancestry to a particular African homeland. The success of the television series based on the book, which attracted more viewers than any series up to that time, fanned the flames and spread an interest in African heritage beyond the African American community, inciting curiosity if not genuine concern. Of course, for every popular action there is an equally popular counter-action. While many enthusiastically embraced the notion that a personal search was plausible and useful, others were just as firm that the idea was misplaced and a waste of time. Africans were so mixed among themselves, so blended with Europeans, so lacking in reliable documentation, and so bereft of much worth remembering anyway, that it were better to focus on the future and to give little more than a perfunctory nod to the past. The television program, if not the book, did at least get people to consider that past—an Africa that contained sentient and feeling human beings and a grasping system of labor that sought to repress and dehumanize that population—but for most people the generalities were sufficient, and controversies that developed around the research of the book vitiated the case for those who desired to find their own ancestral village. Yet Roots marked a public recognition among black and white Americans that there was an African past, however one marked or defined it, and scholars, a few of whom had a long-standing interest, redoubled their efforts and tripled or quadrupled in number. Despite the significant number of academic books that have appeared since that time, controversy still abounds over the level of specificity that can be approached in connecting Africa and America.