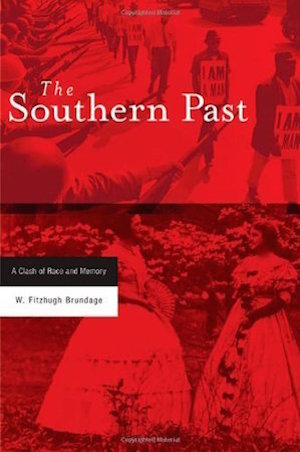 The Southern Past by Fitz Brundage (Harvard University Press, 2008)

Fitzhugh Brundage’s excellent book takes up the subject of public forms of remembering and commemoration in the South since the Civil War. He sees well that the region’s collective memory was implicated in a wider political struggle for power and identity that would favor whites over blacks. The inevitable clash of remembering and forgetting that marks all public memory projects was not only driven here by matters of race but was a decidedly visible process where “an enduring white memory” and “black resistance to it” clashed frequently in public ceremonies, institutions, and politics. This was not the stuff of backroom deals. Thus, he offers insightful essays on the “robust ceremonial life” of African Americans and their efforts to preserve a history of the Civil War that featured emancipation, on the efforts to create in the 1920s a celebration called Negro History Week, and on the rise of civil rights museums in the 1980s. Whites are seen fashioning a more nostalgic version of the past centered on the idea of the Old South and preserved in countless memorials, tourist sites, and state archives.