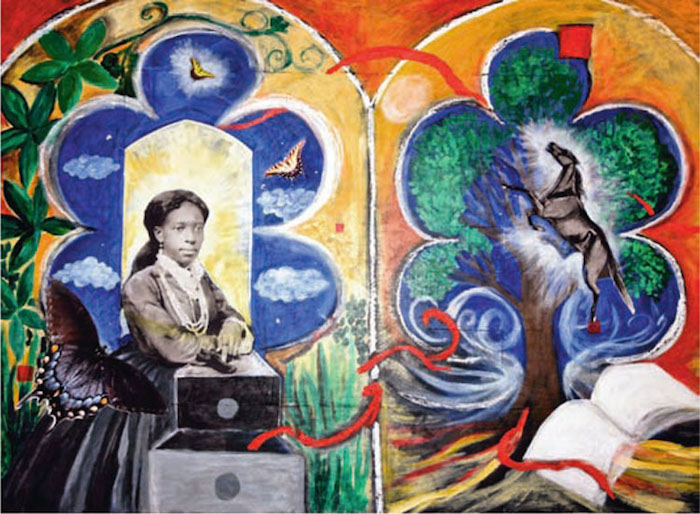 "In this examination, magic and myth—two of my favorite vehicles—act as buffers to the dominant power structure. It brings together two bodies of collectibles, one personal and one commercial, with the intent of shifting stereotypes about race and southern culture."

This project has its roots in my travels over twenty years to Mound Bayou, Mississippi, the largest predominantly African American town in the United States. Mound Bayou was founded in 1888, a century before my first visit, by Isaiah T. Montgomery and his cousin Benjamin Greene, former slaves of Joseph Davis, brother of Confederate president Jefferson Davis. The self-determination and fierce independence of Mound Bayou’s founders and citizens—especially the idea of slipping through the color line—inspired a reimag-ining of racial stereotypes through the themes of skin color, race, identity, and ritual.