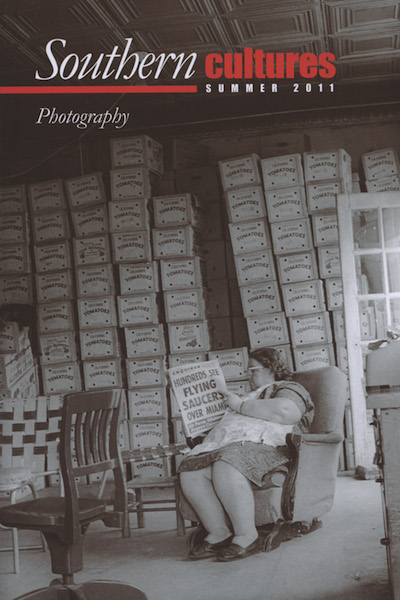 "It requires very special talent to make great photographs, and those who have it are among our finest artists."

The Cruel Radiance of the Obvious

"Photography in its finest and most decisive moments is about those tired or ignored or unseen parts of our lives, the mundane and worn paths that sit before us so firmly that we cease to notice. It is, we might say, about rebuilding our sight in the face of blindness, of recovering our collective vision."

"Many years ago I concluded that for me truth and beauty, and perhaps wit and wisdom as well, are more likely to reside in what is ordinary and seemingly insignificant. This is, perhaps, a sideways look at America and American culture, but it is one that can produce moments that describe us all—but without makeup and bereft of a spokesperson."

Mapping The Democratic Forest: The Postsouthern Spaces of William Eggleston

"When the color photographs of William Eggleston first appeared at the Museum of Modern Art in 1976, the boldness of Eggleston's palette and his disregard for the conventions of black-and-white photography were shocking; nearly all the major critics were scornful, and Ansel Adams wrote a scathing letter of protest."

"In this examination, magic and myth—two of my favorite vehicles—act as buffers to the dominant power structure. It brings together two bodies of collectibles, one personal and one commercial, with the intent of shifting stereotypes about race and southern culture."

"Mieth and Smith shared a belief that photography could bring social change. They viewed Pat Clark and Maude Callen as heroic healers whose stories would inspire racial understanding. Both photographers shot powerful images of the most visceral human experiences: birth, death, sexuality, and disease."

The Day Is Past and Gone