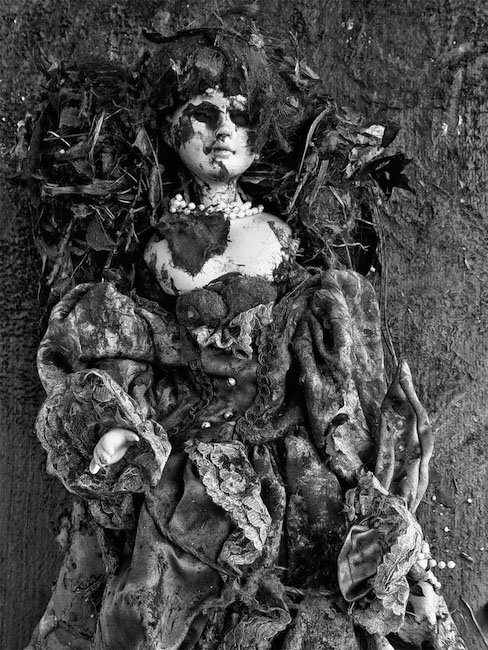 "The dooway to Number Five suddenly opened directly onto an ocean writhing in fury. The front rooms no longer existed. The floor of the hallway had been sucked into the surf."

Editor’s Note: Positioned just east of the eye of the storm, Bay St. Louis and Waveland, Mississippi, suffered the brunt of Katrina’s wrath. Winds of above 130 miles per hour drove thirty-five-foot tidal waves (a world record) ashore, pounding the Gulf Coast for eight hours, devastating the Mississippi coastline and extending wind and water damage more than fifty miles inland. In Bay St. Louis, a town of 8,000, where this account takes place, an estimated eighty to ninety percent of all buildings, residential and commercial, were demolished or sustained major damage leaving them uninhabitable. This essay is adapted from Anderson’s blog, The Language of Loss, found at http://katrinapatina.blogspot.com, where Anderson gives a fuller account of her community’s response to the Hurricane Katrina disaster.

When I ran into my friend Doug Niolet the day after the hurricane [August 30, 2005], he told me that he’d ridden out the storm with six others at the Bay Town Inn, a beachfront bed and breakfast in Bay St. Louis, Mississippi. That morning he didn’t elaborate. His only comment was “it was quite a ride.” At the time, I didn’t even know that the local landmark had been completely demolished during the storm. It would be weeks before I heard some of the jaw-dropping details. Then in late October 2005, Nikki Nicholson, owner of the Inn and one of the survivors, asked me if I’d write up an account of the story.

All seven of the people who chose to stay in the Inn are my friends and neighbors. I don’t need a writer’s imagination to fill in the details. I’m simply recording their story, interweaving five individual accounts. (Two survivors declined to be interviewed. I’ve changed their names to Kay and Pete Stevens to respect their privacy.)

The experience of this group is riveting because they barely escaped with their lives. Yet they overcame what must have been an imperative to panic and took care of each other, offering what they could despite their personal peril. While this account is extraordinary, it’s not unusual. I’ve heard dozens of others that are similar. It’s actually a typical example of the way people on the coast helped others—both during and after the storm. As much as this is the story of the Bay Town Inn, it’s also the story of our town .