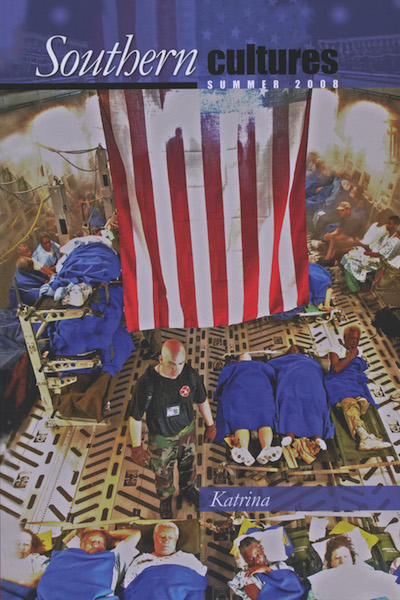 Three hurricane seasons later we can finally tell the stories of the seven who survived after fleeing upstairs to the last room in a floating, twisting, disintegrating inn—and what happened when those last four walls collapsed into the storm surge. We’ll reveal how Plaquemines Parish pulled off a stunning evacuation of one of the poorest and most vulnerable stretches at the mouth of the Mississippi. We’ll show you how Hollywood predicted Katrina’s aftermath in a 1938 film and how the federal government’s reengineering of the Mississippi sank New Orleans even further below sea level before the Cat-4 sat on top of the city. We’ll tell how it’s impossible to conceived, consider, believe, understand what was lost. We’ll tell how the National Guard threw food at the feet of New Orleans evacuees, how one man paddled a boat with his dead mother board to rescue the homeless and desperate, how you can hear a ghost note on the pianos in the old brothels of Storyville.

"Bloated corpses bobbing in the streets. Entire communities scoured down to the sand, scarcely one brick atop another. The Superdome and Convention Center, proud symbols of urban greatness, bursting with human misery. Police taking aim at desperate survivors . . ."

"How can an almost seventy-year-old film, sensationalizing an event eighty-five years prior, so accurately reflect the details of present-day disaster? The film wasn't depicting something analogous to Katrina as much as it was almost predicting Katrina."

"The dooway to Number Five suddenly opened directly onto an ocean writhing in fury. The front rooms no longer existed. The floor of the hallway had been sucked into the surf."

"You'll wait in this city where they bury their dead and their Mardi Gras floats above ground. And there you'll rest next to a bust of a Saints quarterback, the last Viking king, a painted foam Tin Man and his oversized heart. And for an epitaph, a sign on a far wall to state the obvious: . . .the stuff that dreams are made of."

Home at the Mouth of the Mississippi

by Judith A. Howard

"Little notice has been given to Plaquemines Parish, where few structures escaped damage from Katrina, and where the region south of Port Sulphur looked like a bombed-out war zone. Yet this isolated parish suffered only four deaths and two missing in Katrina, out of a population of 27,000."

"Many people viewed the extreme disorder after Hurrican Katrina as the failure of a comprehensive system of public works and emergency preparedness they assumed was designed to ensure safety and security. No such system exists."

"The New Orleans Times-Picayune argued it was 'fortunate that being naked in other cities doesn't produce the same je ne sais quoi as stripping on a Bourbon Street balcony. Otherwise the tourism revenue we count on from Carnival might remain locked in coffers not our own.'"

Is for, to Hold

"The road had disappeared, the field, / the sundial was about to go under, meaning shadows / would have been unable to stay on schedule."