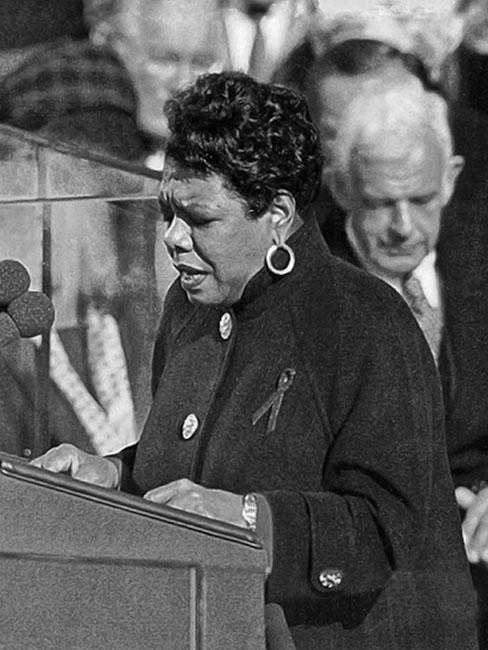 Maya Angelou at the Clinton Inauguration in 1993, courtesy of the White House.

"In 1987, Oprah Winfrey broadcast her television show from Forsyth County, Georgia, which had expelled its black population seventy-five years earlier."

Between 1890 and 1960, thousands of towns across the United States drove out their black populations or took steps to forbid African Americans from living in them, creating “sundown towns,” so named because many marked their city limits with signs typically reading, “Nigger, Don’t Let The Sun Go Down On You In —.” In addition, some towns in the West drove out or kept out Chinese Americans, and a few excluded Native Americans or Mexican Americans. “Sundown suburbs” developed a little later, most between 1900 and 1968, many of which kept out not only African Americans but also Jews.