"What will come, I hope, is an honest reckoning that will one day finally set all of us free."

“I just want to let you know,” the older white man told me at a late-summer fish fry, “that my family owned slaves, and those slaves were happy.” This was mid-September of 2014, my second year as a postdoctoral research fellow at the University of North Carolina at Chapel Hill. The event was held at the Love House, the home of UNC’s Center for the Study of the American South. I was one of two black people in a crowd of more than a hundred, many insiders, predominantly southerners, most of them welcome in a place meant to feel like home.

For many people, I imagine the Love House does feel like home. That is until a man approaches to remind you of your racial differences and to inform you that his family once owned people who looked like you, and that those people were happy in their enslavement. Southerners fight tooth and nail over interpretations of the past because of the implications they hold for our present and future. Follow the logic: if those enslaved black people were content in their enslavement, then the man’s family did nothing morally wrong, and enslavement was part of a teleological process necessary not only for the development of the South but also my very existence here and now. The ultimate inference, of course, is that the black people held in bondage were inherently inferior, and that this man’s family—and, by extension, he—deserves a position of great privilege and wealth, built so long ago by the sacrifice of others.

I did not know much about that man’s family then, but I do now. His family name is one of the most prominent in this state. For men like him, there remains a strong impulse to prioritize a particular interpretation of southern history and identity. But the people of this region are no longer constrained by generations of insiders who for so long have kept the gate.

I, too, have ancestors who lived in this state. Some of my people were here thousands of years before his people crossed the Atlantic to claim the lands of others. Another branch of my ancestors were of African descent. Those black people worked the stolen land. And when the possession of land and people was threatened, my native great-great-grandfather was conscripted by white elites to fight in a war. When the war was over, my Native ancestor married a black woman. Their children, deemed “mulatto,” were the descendants of Natives and captives, immediate outsiders because they were not white. My people have a claim to the land too. But like so many other nonwhite families, their stories and voices were erased or overshadowed by privileged elites who claimed this place and its history as entirely their own. My great-grandfather left North Carolina in the 1890s. Over 120 years later, I am the first in my family to return. Today, I edit this issue of Southern Cultures, outsider-turned-insider, free to pursue a more inclusive truth.

As a historian and the progeny of outsiders, I do not believe that man’s interpretation of enslaved people as “happy.” How could I? I understand his motivation to protect his ancestors’ reputations and defend his own lifetime of privilege, but my own interests necessitate seeking different truths. I am deeply invested in believing that those black people who lived here long ago were fully formed human beings, completely capable of a broad range of thought and emotion, including the capacity to imagine the possibilities of a life spent outside of bondage. 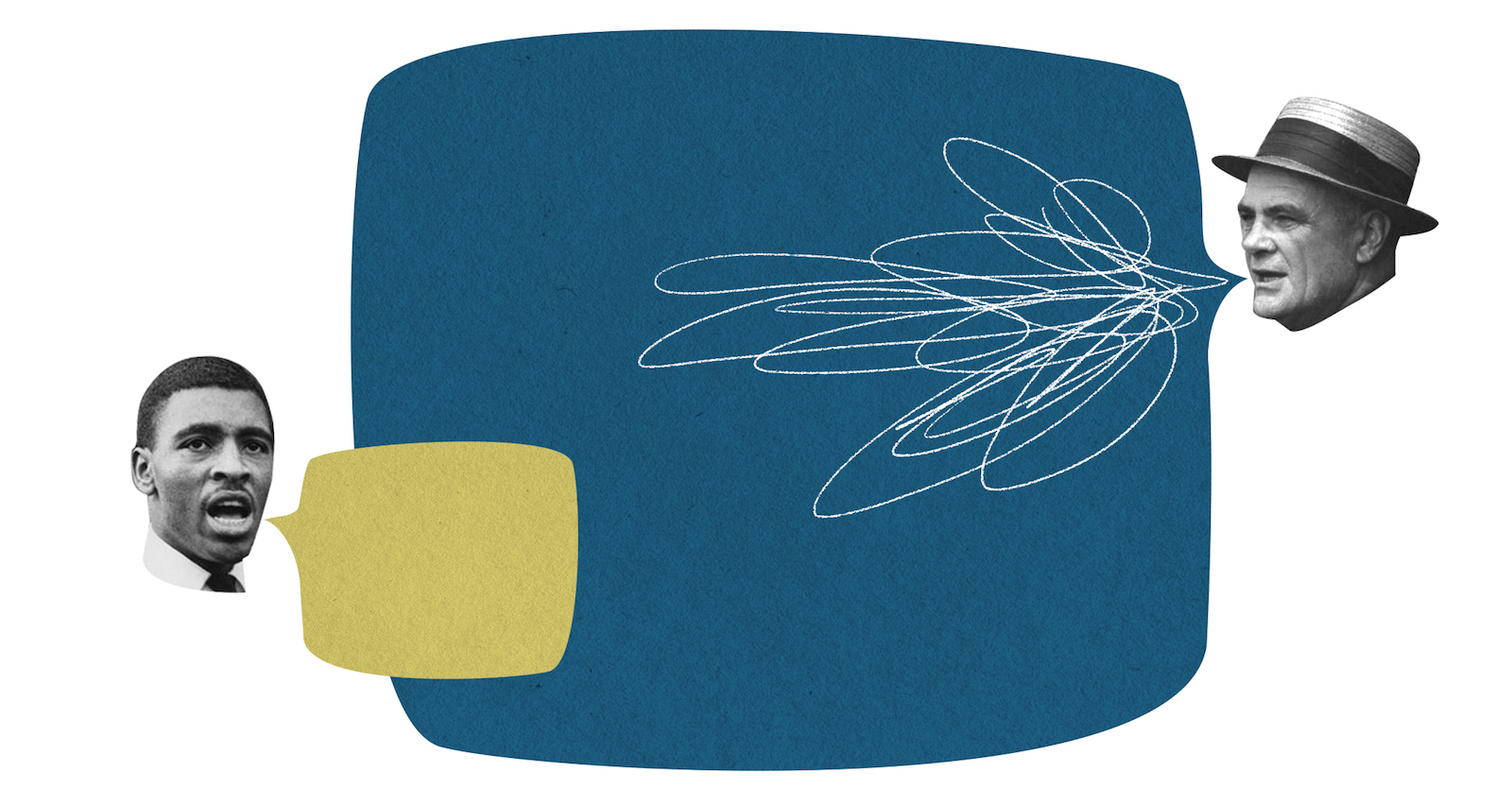 Skeptical, I think about the histories I have studied where white southerners have lied or mythologized. For example, I have read questionable claims about the Ku Klux Klan perpetuated by white southern groups such as the United Daughters of the Confederacy, an organization that once argued that the Klan was “born of the loftiest sentiments that can animate the human heart” and necessary “to protect the women of the South from brutal assault, and to maintain the supremacy of the white race.” Such white supremacist groups perpetuated all types of fables, including legends of happily enslaved black bondspeople. Most of their false claims and prophesies have been disproven, yet we remain joined to them through endless conflicts over their legacies and the physical relics they left across our landscape. It was they who erected so many Confederate monuments, and it was they who for so long promoted racial apartheid and a southern identity fundamentally rooted in whiteness alongside Old South nostalgia. No one could have convinced my great-grandfather—the mixed-race son of a Confederate veteran—that those monuments were erected in his father’s honor. I can assure you they were not put there for me.1

For decades, southern insider status was protected by burning newspapers, refusing to publish nonwhite voices, and segregating schools and museums and professions. A white man in 2014 claiming that the enslaved people his family owned were “happy” is part of a long legacy of elites imposing their own voices over those who have been silenced. Imagine a different approach. What if we asked the people who were actually enslaved instead of continuing to privilege the long-standing family mythologies created to help white southerners sleep better at night?

Consider, for just a moment, the truths of someone like Harriet Jacobs. Jacobs was enslaved in eastern North Carolina, not far from that white man’s family plantation. When Jacobs turned fifteen, a year she labeled “a sad epoch in the life of a slave girl,” her owner “began to whisper foul words in my ear.” Jacobs was raped by her owner, haunted by his wife, and beaten for requesting the right to marry another. “Slavery is terrible for men; but it is far more terrible for women,” Jacobs testified in 1861, declaring, “Death is better than slavery.” Jacobs spent nearly seven years confined above an attic before her escape finally enabled her testimony about antebellum life in North Carolina. Race and gender, not place of birth, framed her status as a southern outsider.2

Ask David Walker, a free southern black man also born in eastern North Carolina. He wrote: “The Americans say, that we are ungrateful—but I ask them for heaven’s sake, what should we be grateful to them for—for murdering our fathers and mothers?” “Or do they wish us to return thanks to them,” he continued, “for chaining and handcuffing us, branding us, cramming fire down our throats, or for keeping us in slavery, and beating us nearly or quite to death to make us work in ignorance and miseries, to support them and their families”? In explaining his earlier decision to leave North Carolina, Walker asserted, “If I remain in this bloody land, I will not live long . . . It will be a great trial for me to live on the same soil where so many men are in slavery; certainly I cannot remain where I must hear their chains continually, and where I must encounter the insults of their hypocritical enslavers.”3 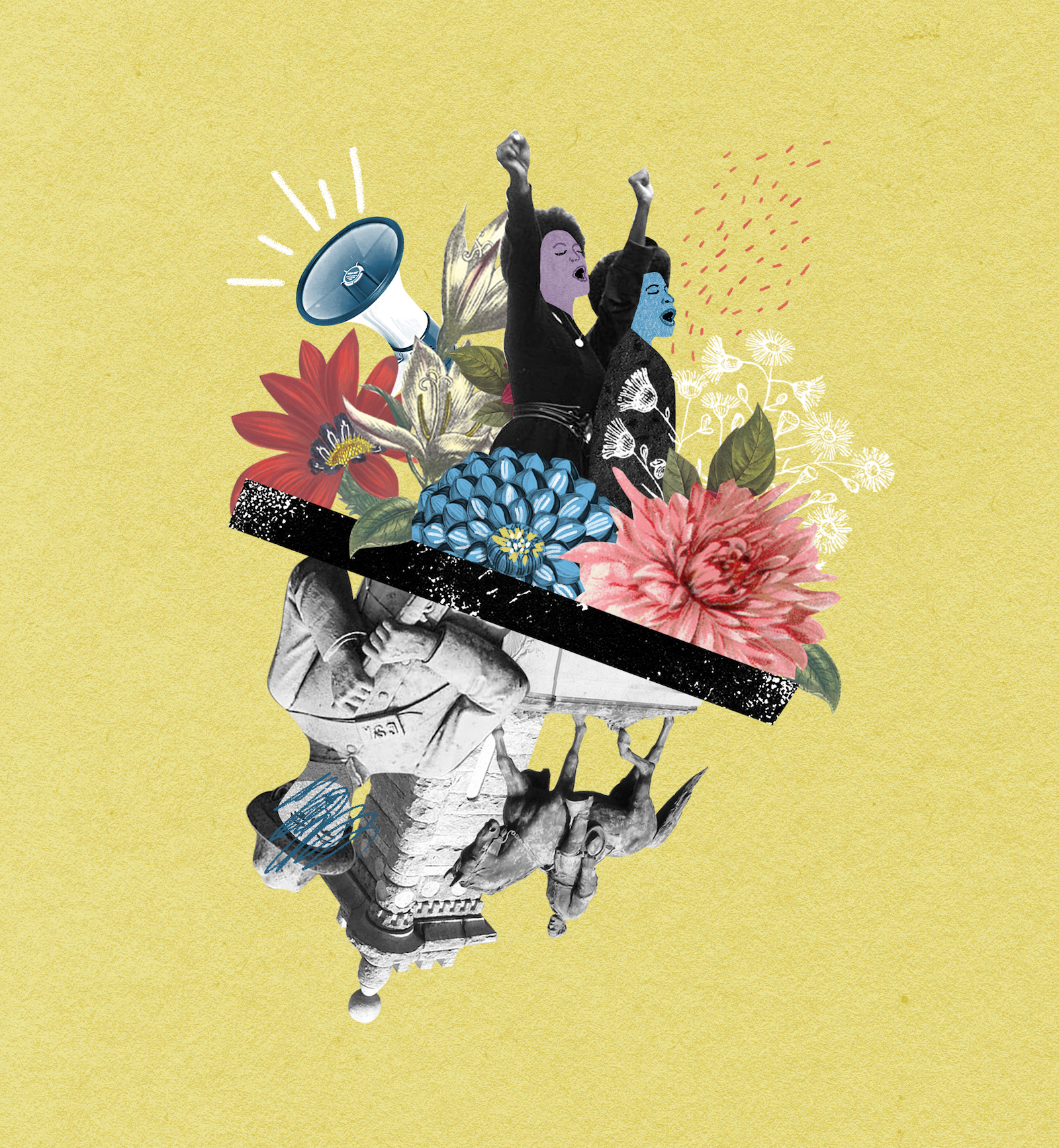 Behold the competing perspectives here, antebellum black voices balanced against a white family’s 150-year-old lore. I wonder which of the more than fifty enslaved people on their Duplin County plantation were “happy” to give their lives to build the wealth of others. I also wonder which of the people given by their family as birthday presents and wedding gifts were “happy” to forever lose their loved ones.4

Erasure is crucial to this historical conceptualization. When news of David Walker’s Boston-based Appeal reached North Carolina, local white leaders fretted over the dissemination of his words. Laws already existed to control and limit freedom of speech. As the Wilmington magistrate wrote to the governor in 1830, “Every means which the existing laws of our State place within the reach of the police of this place are promptly used to prevent dissemination of Walker’s pamphlet.” “Local authorities,” he assured, “may be on their guard against the introduction & distribution of this book.” Black people were not supposed to share their truths.5

In that same city, family members of the man who told me about his family’s “happy” slaves participated in the Wilmington Insurrection of 1898, when black dissidents were murdered and erased, and the local black newspaper burned to the ground because it voiced dissent. Outsiders were identified by race, like me at a party, and destroyed by torches and ropes.6

Even without the violence and segregation of past eras, today’s insiders protect old principles by sanitizing the transgressions of their forbearers. Two hundred years after David Walker left North Carolina, white southerners continue to spout the fabrications of their ancestors. What sane person would enjoy moving in circles where their ancestors’ terrorists are celebrated and their presence feels like a reluctant acceptance?

The nature of southern identity has always been curated by those insiders, first in ways that completely excluded many of the rest of us, and then in ways that allowed for our presence but only to the extent that we did not challenge their comfort. Today’s insiders are not the monsters of yesterday, but they honor and normalize the actions of their forebears to validate their heritage.

But things are changing. A newer generation of scholars is emerging. Southern writers have long overcome the yokes of disadvantage and discrimination, but the members of this new generation are some of the first to live their entire lives on the other side of the great social and political upheavals of the 1960s and 1970s. Standing on the shoulders of pioneers, a new generation of southern scholars is bringing forth a fresh set of perspectives, questions, and motivations. They see time differently, they question the oldest myths, and they expect their voices to carry the respect of their families’ histories in this place. The future belongs to them, and they will claim it by fearlessly engaging more complete truths about our past. What will come, I hope, is an honest reckoning that will one day finally set all of us free.

The future belongs to them, and they will claim it by fearlessly engaging more complete truths about our past.

As this 25th anniversary issue of Southern Cultures goes to publication, the study of the South is more expansive than at any time in the region’s history. The old walls separating insider and outsider are crumbling, allowing the long suppressed full talents of this region to flourish in new ways. Nostalgic images of gaudy plantations and tender southern belles may still appeal to some, but they no longer dictate the parameters of southern pasts, futures, and identities. Regardless of class, race, or education, new generations will expand the notion of what is southern and push us toward new truths that may help bind us together rather than tear us apart. Inside or outside, we are all bound to this region. And all of us deserve a place that feels like home.

WILLIAM STURKEY is an assistant professor of history at the University of North Carolina at Chapel Hill, where he specializes in race in the modern American South. His books include a co-edited document collection, To Write in the Light of Freedom, and Hattiesburg: An American City in Black and White.

“That Which We Are Still Learning to Name”