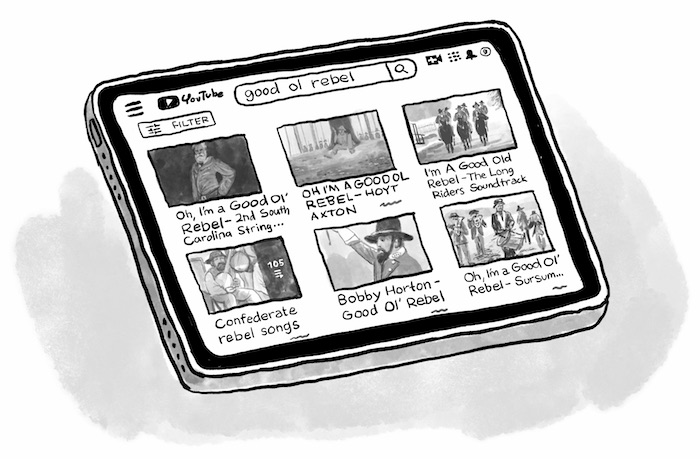 “‘Good Old Rebel’ also failed to achieve Randolph’s literary goal, as it escaped the circles of his educated peers. By the late nineteenth century, the song belonged to and appeared to speak for the very people it mocked.”

On July 4, 1867, Augusta, Georgia’s newspaper, the Daily Constitutionalist, published the words to a new song that seemed to reflect the bitterness felt by many white southerners following the Confederate defeat. The paper printed the song’s title as “O! I’m a Good Old Rebel” above a spiteful dedication to Thaddeus Stevens, the abolitionist congressman from Pennsylvania. It also provided the instructive subtitle “A Chant to the Wild Western Melody ‘Joe Bowers,'” letting readers know they should sing the lyrics to the minor-keyed folk tune to give “Good Old Rebel” a mixture of melancholy and menace. The paper did not include an author attribution, but given the first-person perspective, the unpolished vernacular, and the tone, it appeared that a recalcitrant Confederate veteran had penned the lyrics. This anonymous author seemed to cling to his identity as an unrepentant traitor who twists failed rebellion into victimhood. He begins, “O I’m a good old Rebel, / Now that’s just what I am; / For this ‘Fair Land of Freedom’ / I do not care at all,” with the italicized “at all” censoring an obviously rhyming but omitted “damn.”