“The Great Weight of Responsibility”: The Struggle over History and Memory in Confederate Veteran Magazine 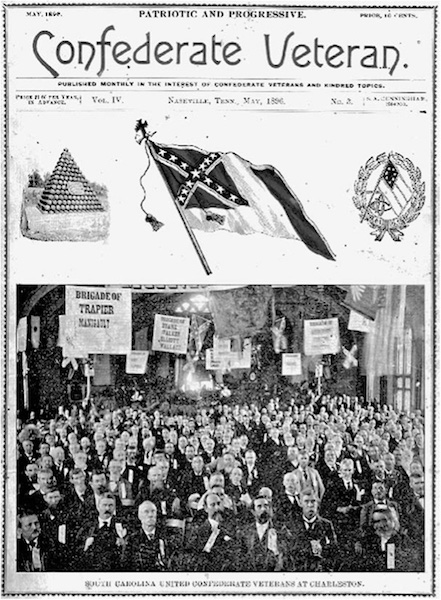 “The Great Weight of Responsibility”: The Struggle over History and Memory in Confederate Veteran Magazine

"'In the name of the future manhood of the south I protest. What are we to teach them? If we cannot teach them that their fathers were right, it follows that these Southern children must be taught that they were wrong.'"

In the July 1900 edition of Confederate Veteran magazine, readers discovered that a “sensation” had occurred at a recent reunion of Union and Confederate veterans. Designated as the “official organ” of the United Confederate Veterans (ucv ), the largest veterans’ society in the southern states, it was no surprise that the July edition of the Veteran included details of a veteran’s reunion among its usual collection of soldier narratives and historical editorials. The “sensation” involved comments from a Commander of the Grand Army of the Republic named Albert D. Shaw, a Union veteran and politician who attempted to build upon the feelings of reconciliation at the event. Despite giving a speech described “in the main of excellent spirit,” the Confederate Veteran noted that Commander Shaw “made significant statements with which Southern men will never concur.” Stressing that American schoolchildren should be taught “one idea of American citizenship,” Shaw concluded, “[i]n this view the keeping alive of sectional teachings as to the justice and rights of the cause of the South, in the hearts of the children, is all out of order, unwise, unjust, and utterly opposed to the bond by which the great chieftain Lee solemnly bound the cause of the South in his final surrender.”