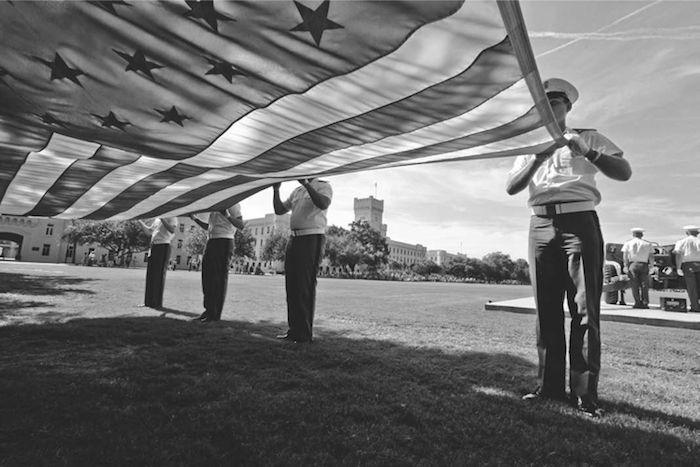 Cadets taking the flag down at a retreat military dress parade, courtesy of The Citadel.

"'I'm going to get a blanket party tonight,' he thought, fearing an infamous hazing ritual in which one group of cadets holds down a victim in bed, while another group pummels him. 'Some guys are going to come in here and kick my ass.'"

Joe Johnson was born in Palatka, Florida, and grew up fourteen miles outside of town. His father was a logger, and his mother worked various jobs, including school bus driver and cafeteria worker. Johnson was a well-rounded kid: he loved art, excelled in academics, and played on the offensive line of his high school football team. Coming from a working-class family, college was only an option if admission came with a generous scholarship. The Citadel’s acceptance letter did, and Johnson decided to go. His parents couldn’t have been prouder.

The Knife's Edge of Ruin