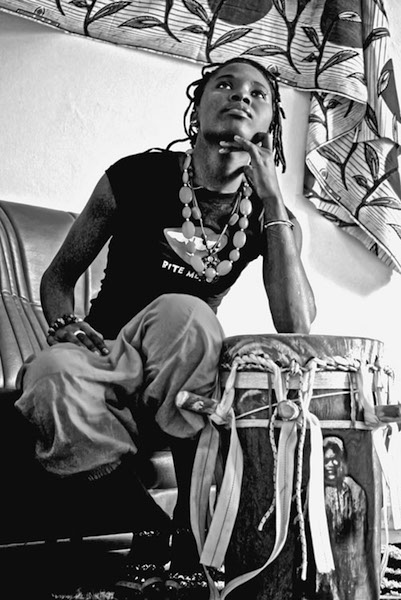 "Key to the emerging styles of the American South and West Africa alike are traditions of eloquence that extend to the foundations of Black Atlantic culture."

With a heavy diamond stud anchoring each earlobe, hip-hop hustler Akon disembarks from his helicopter, spreads his arms to the sky, and sings about his solvency from the bow of a high-seas luxury yacht. For all its exuberance, the gesture is a stereotypical one for any Atlanta rapper. Here, the fantasy surrounding hip-hop’s southern “Third Coast”—one represented by Akon’s formidable pop presence—is crisscrossed by classic cars, fast motorcycles, and sprawling liners. With Akon and his peers at its helm, the last decade has witnessed the dominance of southern hip-hop in international commercial markets and neighborhood undergrounds alike. As Miami, Houston, Memphis, New Orleans, and Virginia Beach center themselves in the global pop scene, this music travels in unlikely vehicles, including the body of this Senegalese-American singer, whose voice both represents the American South’s most marketable presence in the global music industry and Africa’s most audible presence in American hip-hop.