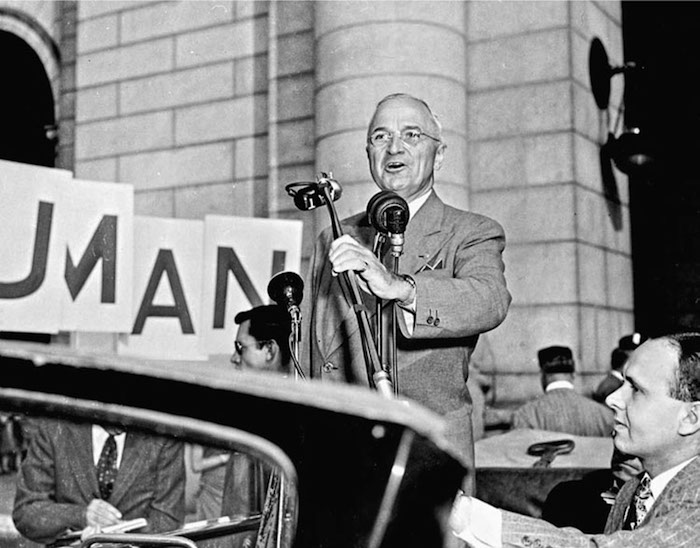 Truman, after returning to D.C. from a 1948 campaign trip, courtesy of the U.S. National Archives and Records Administration.

"The apparent partisan stability of contemporary southern politics belies a complex and dynamic process that makes it doubtful one party can persist as the dominant force in the most diverse region of the United States . . . This truly ain't your daddy's Dixie."

For decades, political scientists conducted election studies in which they singled out the American South because its politics was different. Generations of southern Democrats held office amidst a feeble Republican opposition, and, for many, more often than not there was no Republican challenger. During these days of the “Solid South,” it seemed reasonable to omit the region from a political analysis because there was no point in studying a constant; Democratic electoral dominance across all levels of office-holding, from bottom to top, was nearly complete. But eventually things changed. Starting with presidential elections in the 1950s, the moribund southern Republican Party began its gradual rise. Now, things have changed so much that the South is once again exceptional, but this time because it is so overwhelmingly Republican.