"Through Mrs. Kingman we learned to identify Rubens’s The Holy Family by telling ourselves the plump, satisfied Christ child was sleeping off the effects of a sandwich."

This essay initially appeared in vol. 3, no. 2 (1997) and in The Store of Joys: Writers Celebrate the North Carolina Museum of Art’s Fiftieth Anniversary.

Each year our elementary school class took a field trip to the North Carolina Museum of Art. To prepare us for our visit, the board of education sent us a roving arts ambassador, a trained cultural cheerleader. To our fifth-grade class this person arrived in the form of one Mrs. Kingman. This was a woman who favored floor-length capes and appeared to wear all of her jewelry at the same time. She had about her the air of a middle-aged man masquerading as a woman and having a very good time doing so. Mrs. Kingman claimed to adore the capitals of Europe, “the very idea of the Far East,” and the livers of geese mashed into a paste and served upon crackers. We were enchanted.

While the teacher and a handful of parent volunteers would transport us physically, it was Mrs. Kingman’s job to prepare us intellectually for the many splendors that awaited us. She shared her enthusiasm and prepared us for the follow-up test with a series of little tricks designed to help us recall pertinent information. She was a joker, a splashy wise guy, setting up her slide projector to deliver a well-oiled comic routine.

One look at this Italian altarpiece and you’ll know the museum practically went baroque trying to pay for it,” she said. . . “They coulda bought a Rembrandt, but instead they Botticelli!"

“One look at this Italian altarpiece and you’ll know the museum practically went baroque trying to pay for it,” she said. Further along in the carousel she paused to note, “They coulda bought a Rembrandt, but instead they Botticelli!”

No one understood her jokes but we laughed anyway because it seemed the polite thing to do. Through Mrs. Kingman we learned to identify Rubens’s The Holy Family by telling ourselves the plump, satisfied Christ child was sleeping off the effects of a sandwich. 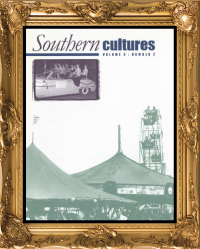 This essay by North Carolina's own David Sedaris was originally published in Southern Cultures Vol. 3, No. 2: Summer 1997. 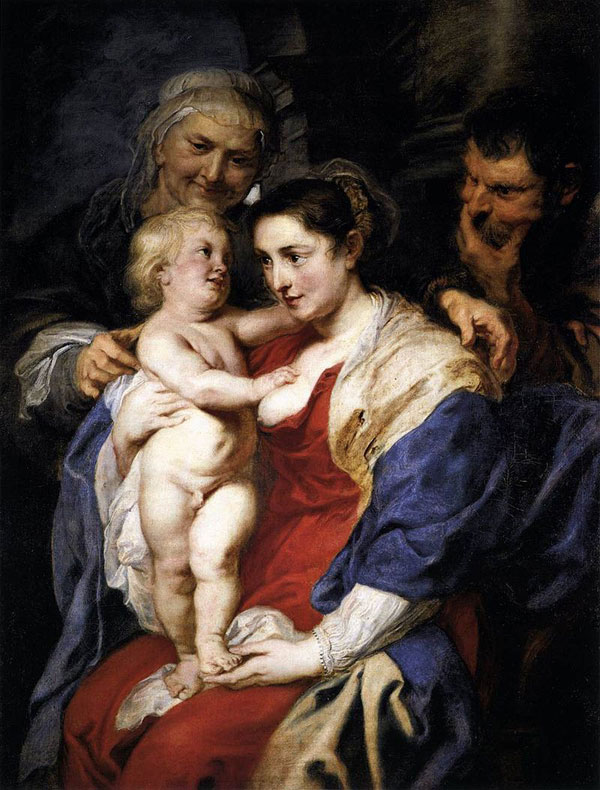 “A Reuben!” she said. “He’s just eaten a Reuben.” Noting our blank expressions, she threw up her hands in frustration. “A Reuben,” she repeated. “Corned beef and sauerkraut on rye? What’s wrong with you people? Don’t we have any Jews in this classroom? Any New Yorkers? Oy, this is a tough crowd. All right, just remember that the virgin figure is sandwiched between the old lady and the baby.”

On the follow-up test I was to identify the artist as Peter Paul Hoagie but the teacher gave me partial credit as I’d at least gotten the first two names right.

The art museum was, at the time, located in downtown Raleigh and had the feel of a vault. It literally smelled of old money: worn bills and barrels full of nickels. The floors groaned beneath our feet and, because it was in such short supply, even the air seemed valuable.

“This is your cultural clubhouse and you’re welcome to visit anytime you like,” Mrs. Kingman said. “Each of you deserves to surround yourself with beautiful objects. Just don’t touch anything or they’ll have one of their goons break off your fingers. While we’re at it, I advise you not to scream, shove one another down the staircase, or lean against the walls. You can’t eat, drink, spit, or sit on the furniture. Other than that, I want you to make yourselves at home.” 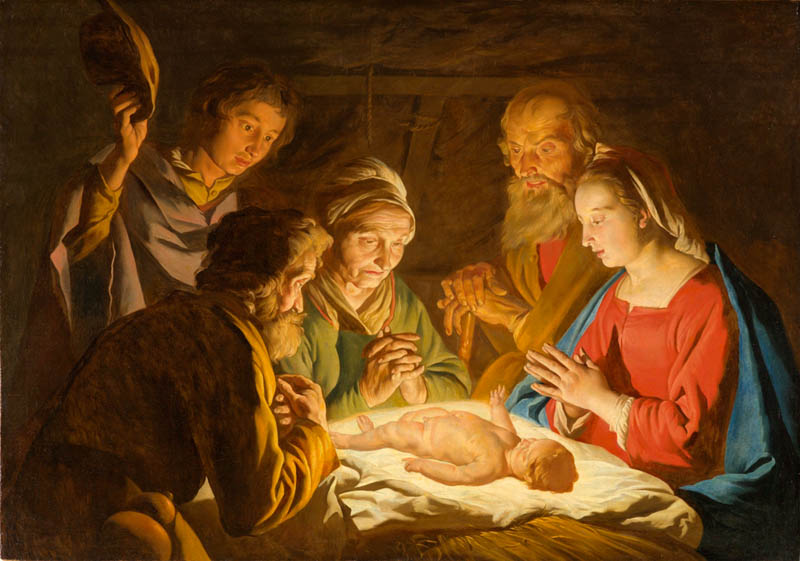 In a misguided effort to both relax and engage her audience, Mrs. Kingman proceeded to reduce each painting to its most basic elements. The Adoration of the Shepherds became, in her words, “five peasants staring at a little boy’s schmeckl.”

Her omission of any religious aspects made the paintings seem fresh and exciting. It was her hope that we might direct our reverence towards the art rather than the subject, but for the students of our fifth-grade class the idea was unthinkable.

“That baby is Jesus,” the Castle twins shouted in unison. “And the lady is his mother, Mary.”

“I’m well aware who Jesus is,” Mrs. Kingman said. “I use his name every time I catch my skirt in the car door. This though, this isn’t Jesus. It’s a lump of paint. Several lumps really, beautifully arranged upon a canvas.” She said it sweetly but the twins reacted as if she were the devil himself, sent from the fiery furnace of hell to command their souls.

“Look here,” she said. Gathering her cape she crossed the room and stood before a painting of several barnyard animals relaxing in a grotto. “Is this a goat?” she asked. We agreed that it was.

“When do they feed it?” she asked. “Do the guards come by late at night with straw or cans or whatever it is that goats eat? Of course not! This is not a goat, it’s a painting of a goat. There’s a big difference between the two, is there not? 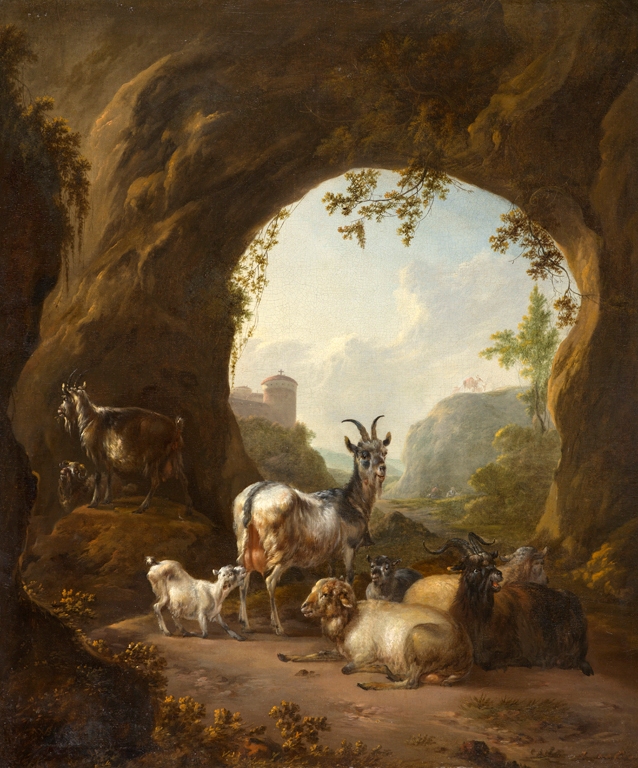 Christ, on the other hand, that was a different story. Surely that was he behind the red-rimmed eyes of his many portraits.

It was a simple enough concept but we found it astonishing. Of course we couldn’t bathe in Monet’s seascape or shear the sheep huddled in their shallow cave; we understood that those were just pictures. Christ, on the other hand, that was a different story. Surely that was he behind the red-rimmed eyes of his many portraits. The man was invisible, a spirit. He might be hiding anywhere and this seemed to be the perfect place.

“This figure might look like Jesus,” Mrs. Kingman said, “but nowadays so do a lot of people. You don’t see it much down here but visit my son in Greenwich Village and you’ll think you’ve wandered onto the set of The Ten Commandments.” She stared at a painting of Christ in the Garden of Gethsemane. “Fashion, fashion,” she said, “it all comes down to fashion. I don’t mind the long hair and the beard and that robe is to die for. What gets me is the bare feet. I prefer something with a heel, but then again, that’s just me.”

Continuing her tour, she led us to the Giuseppe Maria Crespi’s The Resurrection of Christ, suggesting, in a bad Italian accent, that we recall the artist’s name by reminding ourselves that the title character looked a bit crispy around the edges. Indeed he did. I had been spooked by this painting on earlier visits. There was something in this Christ’s eyes that suggested that the period between death and rebirth was far from pleasant. Unlike the charismatic saviors pictured in the other versions, this one looked as though he had truly risen from the dead. He seemed to have passed the point of being tired and arrived at that refried stage one achieves after staying awake all night watching horror moves on TV, his eyes reflecting that instant when the fatigue burns away and one is left feeling he’s the only person on earth capable of understanding the terrible truth that the zombies are coming.

Seen as Christ, the picture was grim and frightening. Seen as a painting, I was able, for the first time, to enjoy its freakish beauty. Without the fear of God’s judgment I was free to acknowledge the fact that this was one ugly Jesus. The angels fared no better. Neither buoyant nor graceful, they sailed through the air as if tossed by an unseen explosion. The moonlit, waxy skin offset by pale robes, the desperate scramble of the disciples—against all evidence, the painting was stunning.

“I want you to take a good, long look at this Resurrection,” Mrs. Kingman said. “Study the central figure carefully because that’s the exact way you’ll need to hold your hand should you ever need to hail a cab.” 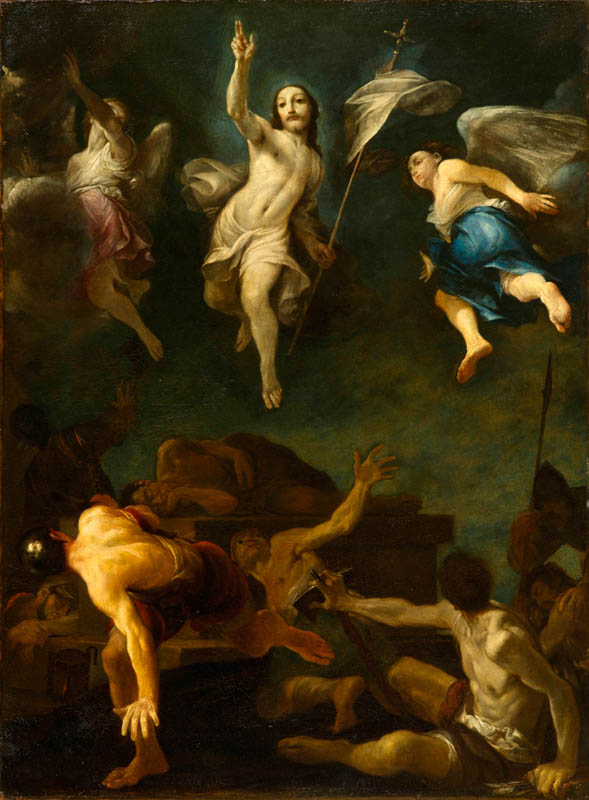 The Resurrection of Christ, c. 1690, Giuseppe Maria Crespi. North Carolina Museum of
Art, purchased with funds from the state of North Carolina, 52.9.153.

The parent volunteers were horrified, as was our teacher. They’d whispered and frowned for the last half-hour but this was the last straw.

“That is not the ‘central figure,’” one mother said. “That is Christ resurrected and he is not hailing a cab, he is seeking salvation for all mankind.”

“Dressed like that I wish him all the luck in the world,” Mrs. Kingman said.

By the time I reached the sixth grade Mrs. Kingman had been replaced by a dull, soberly dressed docent who led us through the collections with all the charm of a dental hygienist. Once again the paintings were inseparable from their subjects and the museum visit became an extension of Sunday school. What remained was Mrs. Kingman’s message that we deserved to surround ourselves with beauty, that a Reuben was always served on rye bread, and that, when viewed as a lump of paint, The Lord will set you free.