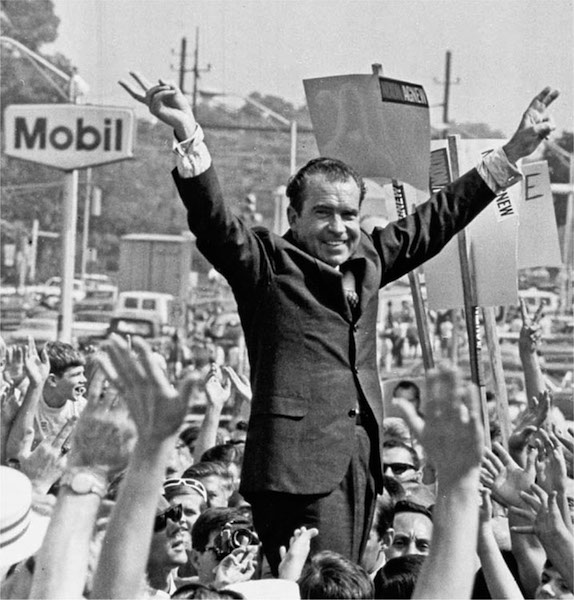 Nixon on the ’68 campaign trail, courtesy of the U.S. National Archives and Records Administration.

"Politically, the South is not an assembly of states, acting in unison, in the grip of one party. The region is not one South, undivided."

Twenty-four years ago, both the Democratic and Republican parties held their national conventions in cities of the American South. Democrats gathered in Atlanta to nominate Michael Dukakis of Massachusetts for president, and Republicans assembled in New Orleans to nominate George H. W. Bush of Texas. To mark the arrival of Democrats in his city—and mindful that Republicans would subsequently meet way down yonder—Bill Kovach, then editor of the Atlanta Journal and Constitution, commissioned a series of essays on the southern condition by seventeen eminent historians, novelists, and journalists. Their essays were collected after the 1988 election in The Prevailing South: Life & Politics in a Changing Culture.