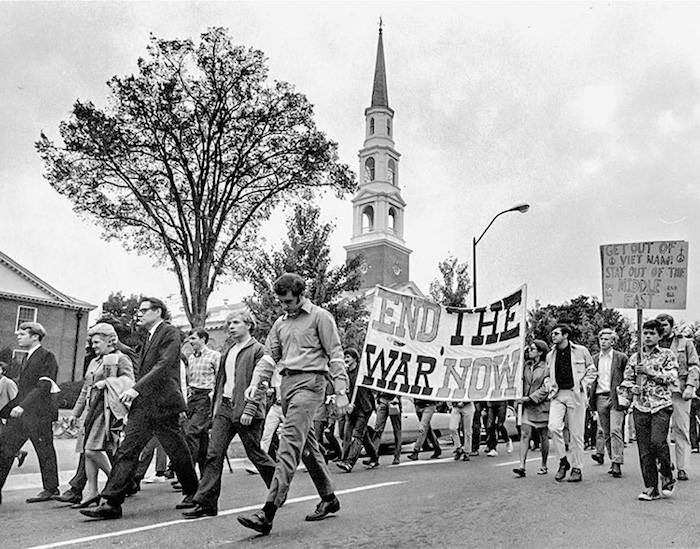 "The 6,000 UNC students who went on strike in May 1970 not only showed the power of their collective voice but also evidenced that protests on southern campuses could rival the scale and intensity witnessed on any college or university in the nation."

Students at the University of North Carolina at Chapel Hill, like so many of their counterparts across the nation’s campuses, were caught unprepared for President Richard Nixon’s speech on the evening of April 30, 1970. Nixon, elected in 1968 because of his campaign promises to end the war, announced that evening that U.S. ground troops would invade Cambodia to thwart North Vietnamese supply lines. Not only was Nixon not ending the war, but he was actually expanding the conflict. The anger over this betrayal fueled the escalation of antiwar activism at America’s colleges and universities as appalled students turned indignation into action. On one of these campuses, Kent State University, the student protests became a national tragedy when the Ohio National Guard killed four protesters and wounded nine. The horrific images that flooded the airwaves, including the lifeless bodies of fellow college students, filled demonstrators with a mixture of sadness, fear, and rage. Student demonstrators forced hundreds of colleges to shut down as the May 1970 protests became the largest demonstration in the history of American higher education.