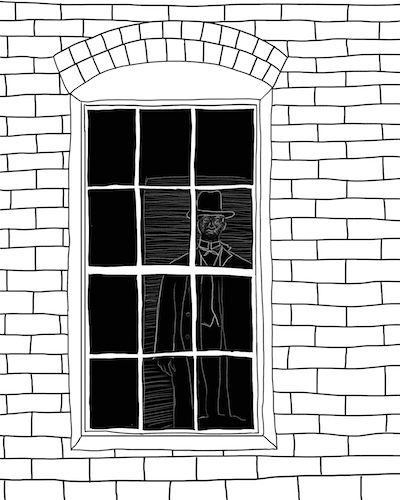 "Unsurprisingly, there was no conversation around my dinner table as a child about the racist politics and actions of the Kitchin brothers."

Let me lay all of my cards on the table: my ancestors were not just bystanders but prominent figures in the ironfisted white supremacist tyranny over the black citizens of Halifax County, North Carolina, during both the antebellum and post-bellum periods. My great-great-grandfather was Claude Kitchin, a congressman from 1901 until his death in 1923; he served as House majority leader for three terms, including during World War I. His brother, three years his junior and governor of North Carolina from 1909–1913, was my great-great-uncle William Walton Kitchin. They inherited an interest in politics from their father, William H. Kitchin, a slaveholder who fought for the Confederacy and later served in the House of Representatives. A cursory online search will show that the Kitchins were staunchly committed to disempowering black North Carolinians. Their names don’t ring out in the same way as, say, Thomas Jefferson or Robert E. Lee, but in North Carolina specifically, and arguably in the body politic more generally, these men wreaked havoc on democratic ideals of equality. Today, when we look at Scotland Neck, the Halifax County hamlet where the Kitchin family once reigned supreme, we see a town gravely impacted by centuries of anti-black policies. Census data from 2017 reports, for example, that Scotland Neck is 75.2 percent black and 24.8 percent white, and a staggering 46.2 percent of black residents live below the poverty line, compared to just 3.8 percent of whites.