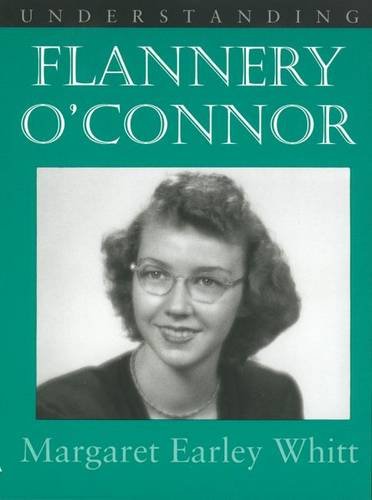 Mary Flannery O’Connor, of Savannah and Milledgeville, Georgia, left in her short life an amazing inheritance parading as southern fiction. Going north to write, she attracted considerable attention in the Iowa writers program and spent valuable time with other appreciative writers and teachers. But thwarted by lupus, she returned to her mother’s care in Georgia, where she continued to write and correspond with a broad spectrum of people, many of whom became close friends with her and with each other through her. Her fiction- two novels, Wise Blood (1952) and The Violent Bear it Away (1960); two collections of short stories, A Good Man Is Hard to Find (1955) and Everything that Rises Must Converge (1965)- assumes the mystery of contradiction with the same aplomb that she accepted the contradictory manners of southern tradition. She wrote sharply and deeply about moral and religious crises in characters whose nobility the classical writers would have denied, but whose indigenousness to the contemporary world is never in doubt. Her language- a rich amalgam of social idiom and religious fervor- is more complex than that of her immediate predecessors, Faulkner and Welty, though her life, equally complex of thought, belief, and endurance, barely reached forty years.