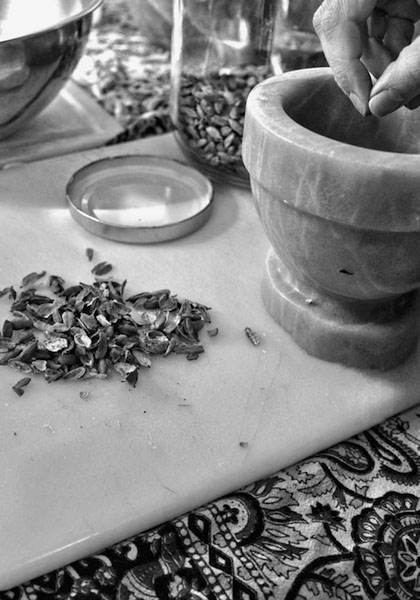 "Vimala Rajendran's dinners created a space for people to meet over a common table (or couch, or picnic blanket), make friends, support the livelihoods of others in their region, and imagine how, on any given Wednesday morning while peeling garlic, they could also positively impact global communities."

Almost every week for thirteen years, Vimala Rajendran opened her home in Chapel Hill, North Carolina, to friends and strangers alike to enjoy Indian fare in the heart of the Carolina Piedmont. Supported by donations of time and money, Rajendran and her crew of volunteers fed as many as 200 people at each community dinner. Dinner was served between 5:30 and 10:00 in the evening, and volunteers would arrive early in the day to prep and cook while others stayed late to clean. Food storage and cooking consumed much of the basement and kitchen, as well as the front porch where her husband Rush had set up propane-fueled cooking equipment. Dinner goers found seats in the living room, basement, or yard to eat and mingle, while other folks took containers of food home to their families.