How a Fish Came to Represent the Coushatta Tribe of Louisiana 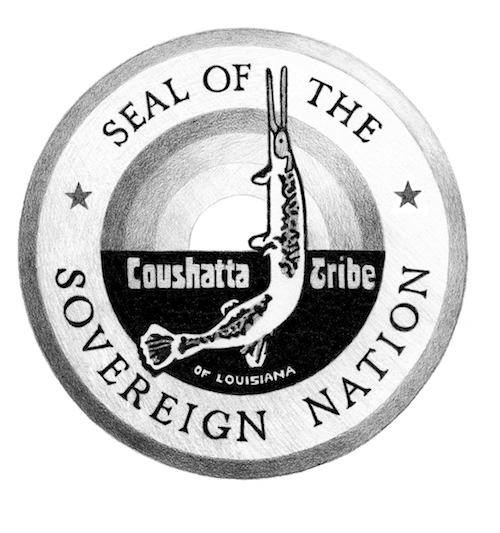 Garfish by Catherine A. Moore.

How a Fish Came to Represent the Coushatta Tribe of Louisiana

“Over the course of a few years, a fish that lurked in the muddy waters of the bayou and was once described by naturalist William Bartram as a ‘warlike voracious creature’ was elevated to a local celebrity status.”

The garfish is a “prehistoric hang-over,” a living fossil that has inhabited southern waterways for millennia. Archeologists have found gar fossils, up to 9,000 years old, from sites throughout the Southeast and have identified five different species that range in size from the smaller Florida gar, measuring approximately two feet long, to the alligator gar, which averages nine feet long and can tip the scale at more than 300 pounds. The various species of southern gar join one of the most diverse aquatic topographies in North America, inhabiting fresh water and gravitating to slow-moving rivers, streams, and bayous, where they are considered “one of the best kept secrets in angling” by some sports fishers.