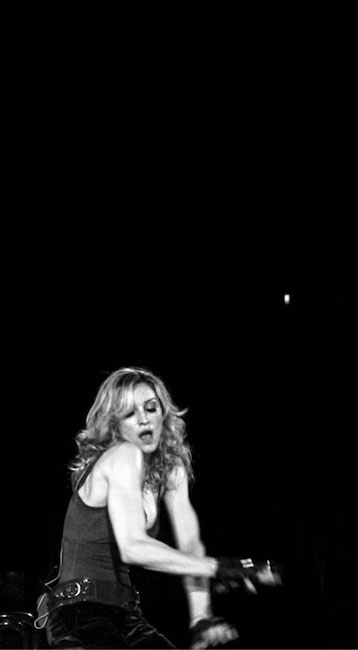 Madonna at Wembley Arena, 2006, courtesy of Annodam/Rocco under a Creative Commons Attribution 2.0 License.

"'I like to boogie-woogie,' Madonna proclaimed. 'It's like riding on the wind and it never goes away.'"

I like to boogie-woogie,” Madonna proclaimed in the title track of her 2000 release, Music: “it’s like riding on the wind and it never goes away.” The boogie-woogie—or justboogie for short—born one hundred years before Madonna sang its praises, had survived into a new millennium and, as far at least as that pop songstress was concerned, would be around forever. The boogie (at any rate, a music by that name) had emerged at the turn of the twentieth century among black piano players in the rural South, had migrated to the city, and had been embraced in turns by white pop-crooners, middle-class concert-goers, jazz pioneers, and electric hillbillies. It had helped give birth to rock ’n’ roll and had lent its name and at least some of its ethos to glam rockers, disco dancers, and gangsta rappers. By the time it reached Madonna, by then a long way from its roots, the boogie was not just a musical idiom—indeed, it was no longer that at all—but a kind of drug, an oxygen and Holy Spirit: “it touches everything I’m in,” Madonna sang, apparently using the phrase “boogie-woogie” interchangeably with “music” itself; “got to have it every day.” Whatever it was, this boogie, it seemed to be at once everything and nothing, impossible to pin down, define, or explain: the wind.1