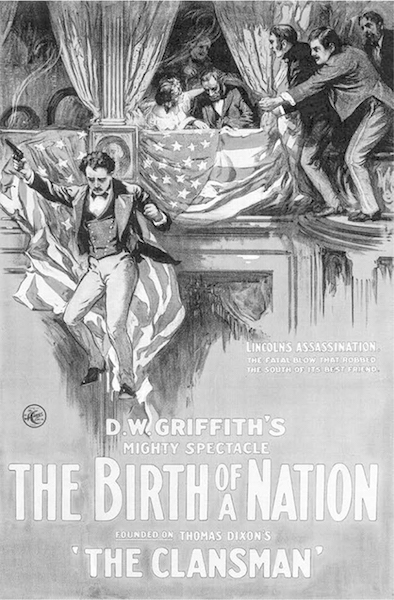 The Birth of a Nation movie poster, 1915, Library of Congress.

“What, finally, do we make of this holy monstrosity, this poisoned cornerstone of American cinema? And what do we do about it?”

By one way of reckoning, the week of February 8, 2015, can be called the 100th birthday of the medium with which many of us have spent our lives enthralled: the feature film. But the nation didn’t see any parades, fireworks, grand speeches, or other shows of celebration. That’s because the film that premiered at Clune’s Auditorium in Los Angeles on February 8, 1915, was D. W. Griffith’s The Clansman, soon to be retitled The Birth of a Nation—the most virulently racist major movie ever released in the United States.