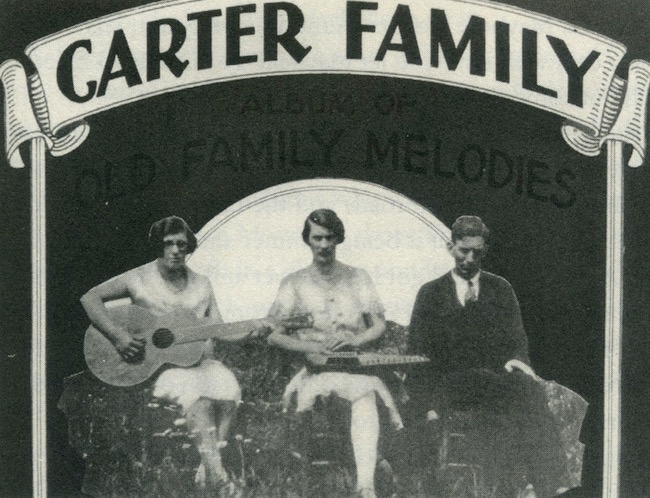 The Carter Family didn't sing or play anything that couldn't be put on at a church. The group's Old Family Melodies, courtesy of Wilson Library's Southern Folklife Collection at the University of North Carolina at Chapel Hill.

"They lit out over the bad roads, and the family car broke down in the middle of a stream."

Alvin Pleasant Carter, born in 1891, sang in a quartet with two uncles and a sister in churches around Clinch Mountain in southwest Virginia. People called him A. P., or Doc. He learned to play the fiddle, but his religious parents would not allow the devil’s box at home.

Sara Dougherty, born in 1898, lived right over Clinch from A. P. with an aunt and a fiddling uncle. She learned guitar and banjo and autoharp.

A. P. came over Clinch on a selling trip, drumming for a fruit tree company, and there over the mountain he found Sara accompanying herself with an autoharp as she sang “Engine 143.” In June of 1915, A. P. and. Sara married.