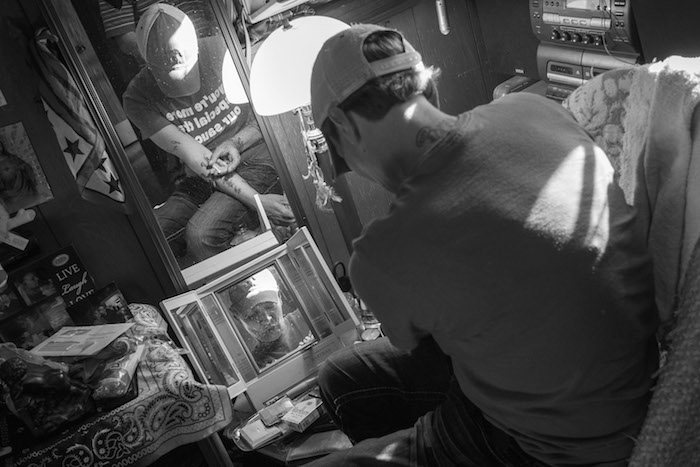 “As blood filled the syringe and tears began to fall down her cheeks, Willow’s mood shifted from excitement to determination, frustration to embarrassment.”

Between 2015 and 2017, I partnered with University of Alabama at Birmingham sociology professor Heith Copes to create an ethnography of methamphetamine use in rural Northeast Alabama. Together, we interviewed and photographed over three dozen people who use meth and live on Sand Mountain, a community infamous for its extreme poverty, poultry processing plants, Pentecostal snake handlers, and meth production. Our goal was to record the stories of an often derided and misunderstood population and enter the current national conversation about the pivotal political role and cultural identity of the marginalized rural American South.