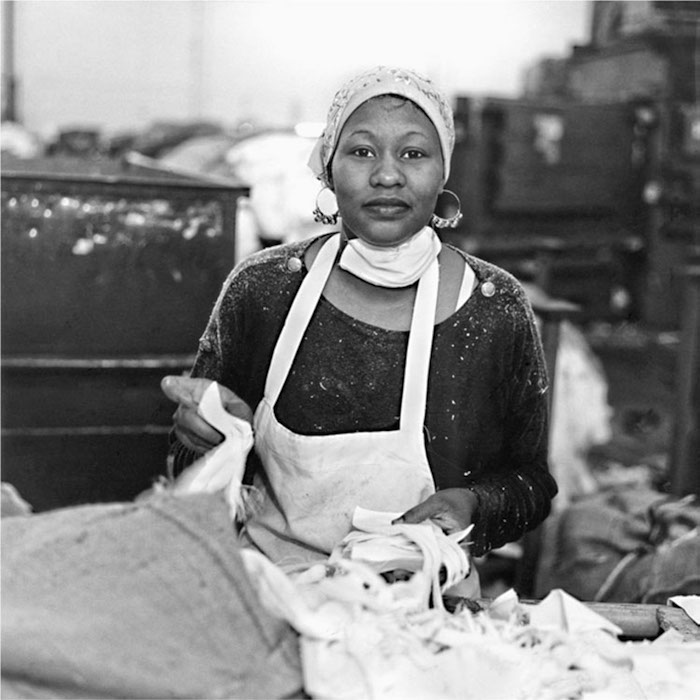 Hot in the summer, cold in the winter. Those were the conditions we worked in at Bollag International Corporation, a textile recycling plant in Charlotte, North Carolina. I photographed and interviewed the women I worked with in 1989 and 1990. The women spent long days standing at tables, sorting scraps of textiles by color, content, and weave, or extracting bits of pattern paper and then bagging the fabric so it could be baled up and resold in countries such as Spain, Italy, and Africa to make new fibers and textiles. It was hard work, and the community of strong women became my role models. I began the project thinking I was going to explore African American folklore, but the photographs and voices of the women tell another story, a story of deeply independent and caring women whose lives weren’t easy. But they were doing what they had to do: taking care of their families and one another. Their voices reveal the love, courage, despair, and optimism of their daily lives.