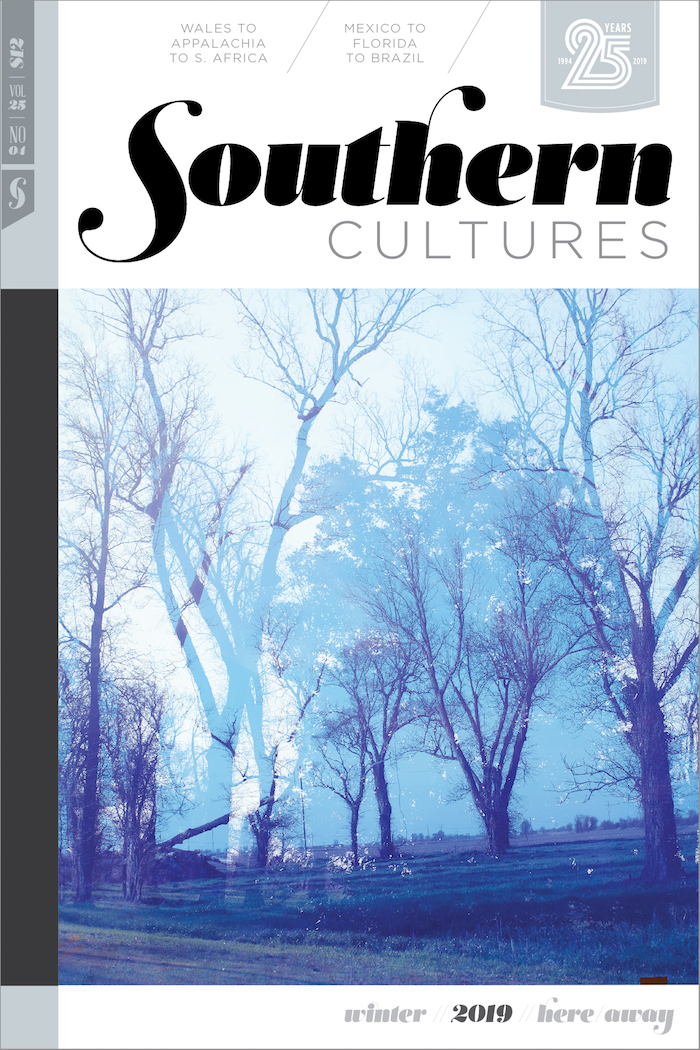 Looking here, there, and everywhere.

“So crucial are these battles over this place that we have made war—and monuments, songs, stories, and quilts to give it meaning. Southern history—past, present, and future—is still being made.”

“Being left out of the history and the commemoration of the Civil War—one of the most important discussions in the South—is ironic, given that non-Indigenous Americans live on Indigenous land at all times.”

“The gaps in our understanding lead us to consider more carefully what we know, or what we think we know, confirming how early photographs have the power to subvert common historical narratives.”

by Mary A. Knighton

“That it has taken until now for anyone to see the Black faces in Kauffer’s cover perhaps attests to just how ideologically blinding certain social and political forces have been when coupled with the formidable industry built around Faulkner’s celebrity.”

“Appalachia and Wales share many folk tales and traditions, such as those of the granny women. These sisters made tinctures and potions and had remedies for every kind of ailment, though not of the hubble-bubble kind.”

The Grey Gardens of the South

“Chickens and geese made their nests on bookcases and inside an old piano. And then there were the goats. They roamed the house at will, chewing up the wallpaper as far as they could crane their necks.”

Jazz and the Magic City

“From the heyday of swing through the dawn of bop, wherever there was jazz, there was some piece of Birmingham.”

Join us at NorthStar Church of the Arts in Durham, North Carolina, on January 23 to kick off our “Here/Away” Issue with Karida Brown (guest editor), Jamaal Barber (curator, "400"), Malinda Maynor Lowery (director, Center for the Study of the American South), and other "400" artists to discuss blackness and indigeneity.

“Now We Work Just as One”

“If labor organizers had learned anything from decades of small victories and stubborn failures the U.S. South, it was that interracial unions were hard work.”

“As a national dish, the melting pot narrative of feijoada bolsters the image of Brazil as a racial democracy.”

“The sky had lightened. It was then that I realized that not only did I not have any idea where I was, but that neither did anyone else. Luis was not the least bit concerned.”

"I love when I hear the sound of resistance, how the drum informs how people navigate space. The body reveals what’s happening in society."