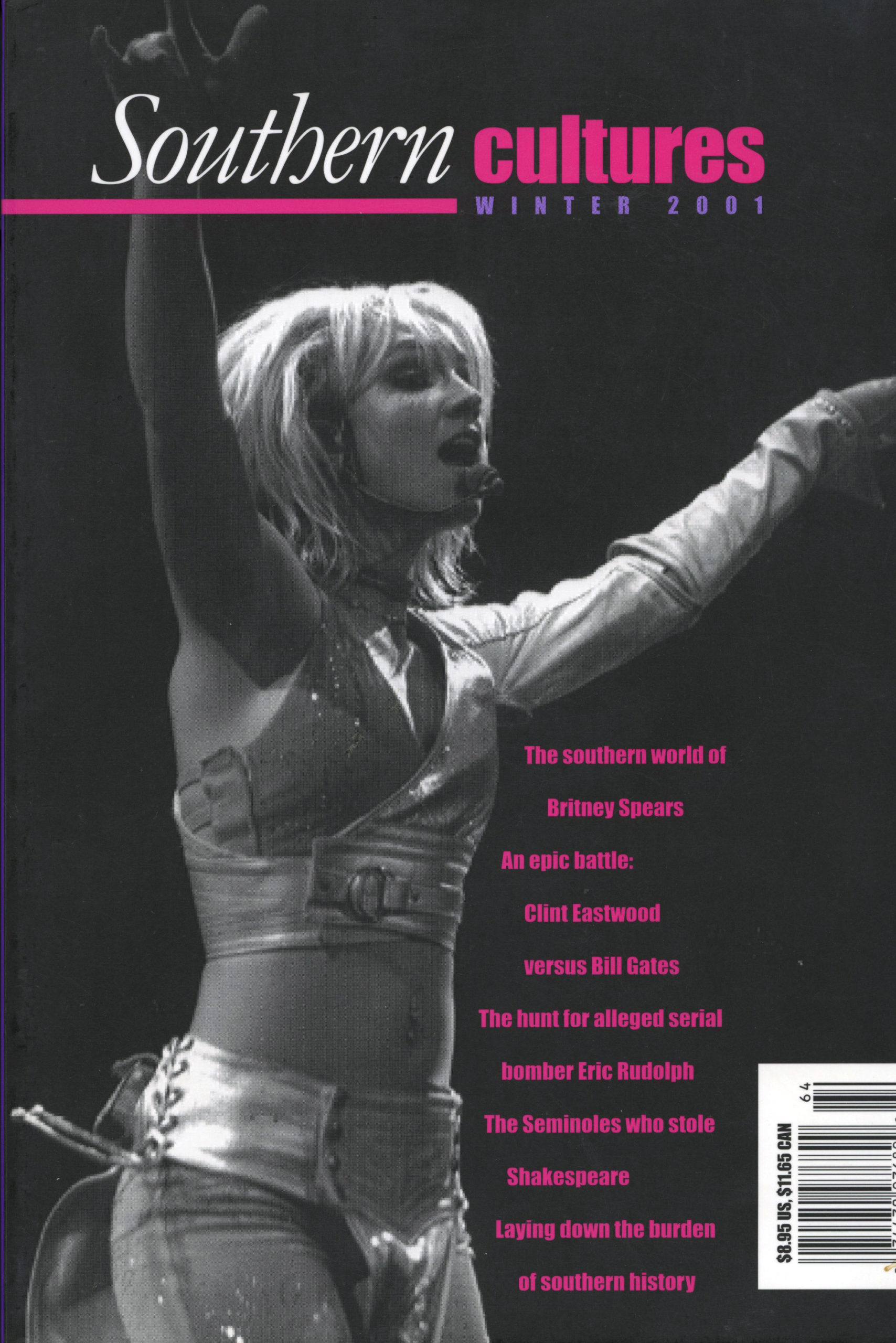 Exploring the southern world of Britney Spears; an epic battle between Clint Eastwood and Bill Gates; The hunt for alleged serial bomber Eric Rudolph; the Seminoles who stole Shakespeare; and laying down the burden of southern history.

"People are always asking what the South really is, what it means, where it is, whether it's disappearing, does it have a future, will it rise again, and back around to the meaning of it all in a sort of endless mantra."

Whatever Happened to the Search for Eric Rudolph?

"'CNN is Eric's best friend. If it hadn't been for the media, Eric Rudolph would have been caught in the first two days. The media's the worst thing that ever happened to this case. The worst thing.'"

Hamlet Rides among the Seminoles

"When William Forbes and his company of actors steamed out of Savannah in May 1840, they were about to enter the Second Seminole War. Before they had been in Florida for more than a full day, the actors were ambushed by real-life Indians, lost two of their number, and had their props and costumes sacked."

"The tension between individualism and organization is a central theme of American history, a running argument between Clint Eastwood and Bill Gates. It occurs in the South with a regional flavor."

"The controversial stage outfits, she reassured us, ' were the kind of clothes we used to wear in Kentwood. It can be scorching during the summer, so the barer the better!'"

After Buying a Portrait of Robert E. Lee at Arlington House

Lay My Burden Of Southern History Down

"Southerners are at least as likely to agree as to disagree that 'it's important to remember our history, but the Civil War doesn't mean much to me personally.'"

Isaac’s Storm: A Man, a Time, and the Deadliest Hurricane in History, and: Galveston and the 1900 Storm: Castastrophe and Catalyst, and: Through a Night of Horrors: Voices from the 1900 Galveston Storm (Review)