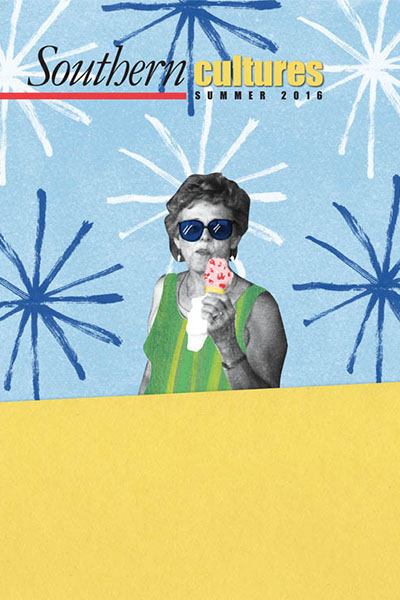 Redemption, resistance, and reclamation. From sin and salvation in urban Atlanta to Edgar Allan Poe in the Lowcountry, from regional pride in Appalachia to coastal decline in the Texas Gulf, we travel the South, deepening accents, remembering the lost, uplifting wavering souls, and exploring the water that maps its contours.

"Charleston's antebellum proclivities only opened the path that the rest of the South would follow soon enough. There's plenty of haunted madness to go around."

"The fact that Poe set his 1843 story 'The Gold-Bug' . . . on and around Sullivan's Island should give the small town and nearby Charleston bragging rights among Poe places. There is no Poe story with an equivalent emphasis on place set in the American cities where he spent considerably more time."

"'I never did see Decatur Street with an ice pick, with a pistol . . . But I saw men and women walking up and down the street—ice picks, and pistols, and knives—and then talk about the street. The street ain't never cut nobody's throat. It was you! It was you!'"

"I took my groceries from a buggy and put them in a cart. I (nearly) stopped calling my hat a toboggan. I forced my vowels into shape. It worked. I got into graduate school. I got a PhD. I learned to pass. But I lost my voice."

"My youthful fantasies were of Huck Finn floating down the Mississippi, and my realities were tubing down mountain streams in water so cold it turned your lips blue. I did build a raft once . . . It sunk."

Remembrances of the Past, Concerns for the Future, and the Potential Resilience of a Southern Coastal Town

"Katrina, Ike, and Sandy—are these extreme events the new normal?"

"A commission! I thought. My big break, at last! And then I went off to sober up."

"It must have been these stories that convinced me to go with him to a Texas gun and knife show. Camera slung to my chest, an AR-15 assault rifle strapped to his back, we walked into the Longview Civic Center."

"Birds flock, flutter and fly, strut, preen, and roost through the art of Thornton Dial."

I could not bring myself to warn Joe, doing so would cause his legs to give out, his heart collapse: you told me every life is sacred.

"For fifty years I sweat my dues, / wept salt liquor from the blues. / This story I tell wherever I go." —Lenard D. Moore, "A Black Man Tells His Son the Whole Story"