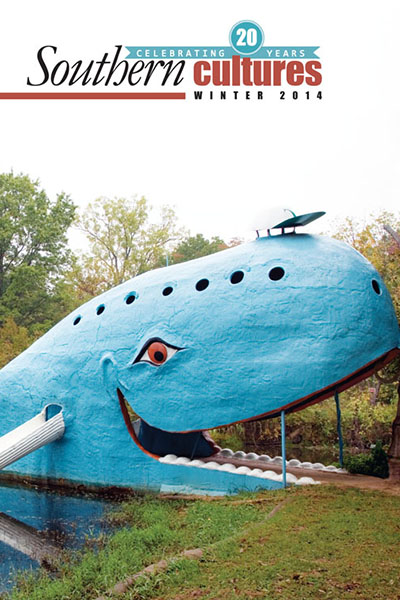 The Winter 2014 Issue brings us duels and Dashboard Poets, eels and faux villages, a beloved television icon, interviews with liberal hero Walter Mondale and conservative activist Jack Kershaw, Civil War battlefield monuments, and more. From familiar faces and famous legends to humble commemorations and invented histories, we explore the tensions between preservation and progress that have forged the region as we know it.

"Rivers take us back into history, sometimes literally, as the mighty Colorado has laid out the past in the rocky strata of the Grand Canyon. But elsewhere, that time-travel is sparked in the imagination."

"He had acted so precipitously so often in affairs of honor, and it had won him only paternal disapproval and a cane, a limp, and ignominy in Mexico. Now he had righted the ship; he had become a man of greater moderation and restraint."

“The First of Our Hundred Battle Monuments”: Civil War Battlefield Monuments Built by Active-Duty Soldiers During the Civil War

"These wartime memorials represent the earliest efforts to [illuminate] the sentiments of soldiers who memorialized their very recently fallen comrades and the heroic events of the war on the very ground where the historic actions occurred."

"'A mother and a little boy were walking along, and I could tell the minute the recognition hit the little boy,' Nabors told the LA Times. 'As he walked by holding his mother's hand, he said in a real loud voice, 'Look, Mother. There goes an old Gomer Pyle!'"

"'The myth of rampant hard-hearted hard cruelty, that has occurred to some extent. There are always some cruel people in the world, but fortunately they're in the minority. That warm relationship between the races did exist in times of slavery and in times of segregation. Segregation, by the way, was a northern invention. Did you know that?'"

"When real representational samples of African Americans and Latinos are included—and the default assumption of 'southern' as white is challenged—there are very few differences of note between the South and the rest of America."

He who lives by the song shall die by the road. —Roger Miller (1)

"When I try to describe the rich dark flavors of the firm yet creamy meat, words fail me. As our neighbors remark, ‘This tastes like more.’ I think this eel tastes exactly like winter holidays and the advent of the sleeping season."

The Coal Miner’s Wife: A Letter