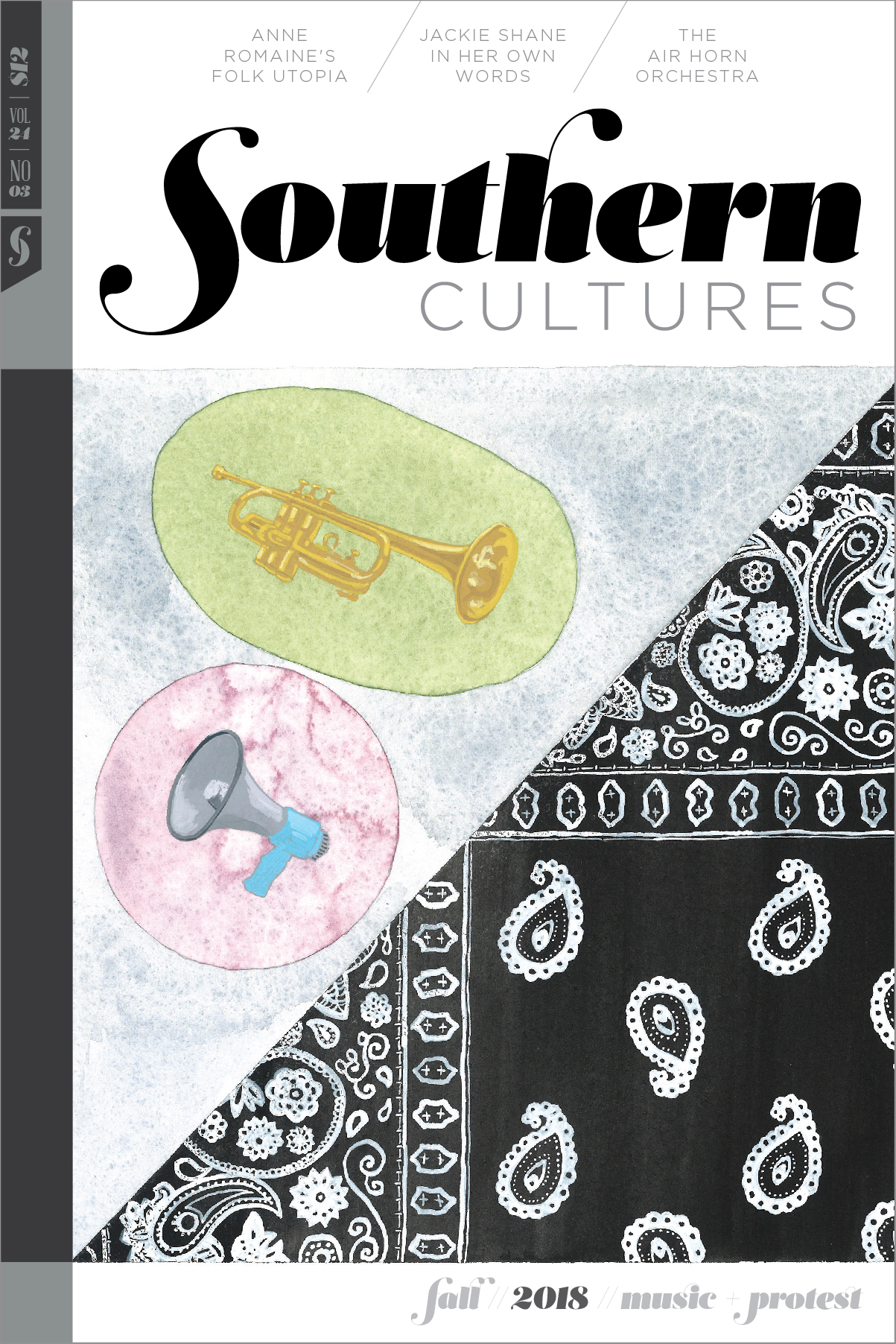 Jackie Shane in her own words. Holed up with country outlaws. Anne Romaine’s folk utopia. The air horn orchestra blasts HB2. Ornette Coleman in Copenhagen. Beyond Charlotte’s “Latin Night.” Soul Clap as protest and percussion. The Rime of Nina Simone. The Long History of “Birmingham Sunday.” And more.

“Be prepared to stop and listen.”

“I first learned about . . . one of the most notorious instances of white supremacist violence in the post–Civil Rights era South from the B-side of an obscure 45rpm record recorded in Queens, New York.”

“Romaine’s vision of the South’s radical past, present, and future did exist, if only for as long as each concert.”

“Sing It So Loudly”

“‘The problem right now is we have no anthem.’”

“He broke the rules. He was making a new kind of music. You could call it punk, or call it art . . . but his playing is not about attitude or aesthetics.”

Down in the Hole

And loud they sang, and long they sang, / For they sang to wake the dead. / —Oscar Wilde, “The Ballad of Reading Gaol”

“I’m in my fifty-second year as an organizer—civil rights, environment, labor, community. You know, if it moves, I try to organize it.”

“Fifty air horns could help change the course of an election.”

“‘We rock whatever hats we want.’”

“‘Rhythm is who we are—if we didn’t have that, how could we make it?’”

The Rime of Nina Simone

"I need to tell you something about yourself."

They’ll Never Keep Us Down