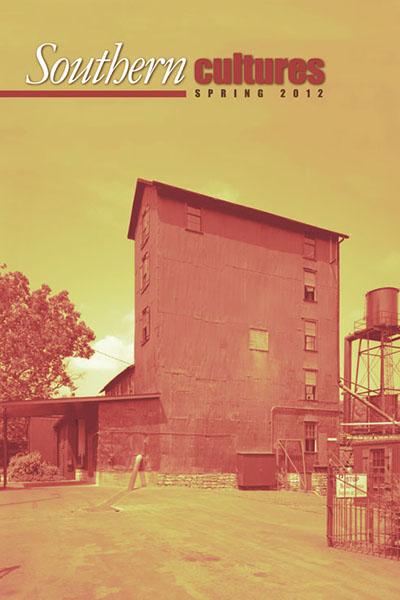 "What happens to frontier manhood when blacks, women, and gays drink bourbon too—and white fraternity boys get stuck with Smirnoff Ice from time to time?"

Every Ounce a Man’s Whiskey?

"It is about the aesthetic of Bourbon drinking in general and in particular of knocking it back neat . . . The joy of Bourbon drinking is not the pharmacological effect of C2H5OH on the cortex but rather the instant of the whiskey being knocked back and the little explosion of Kentucky U.S.A. sunshine in the cavity of the nasopharynx and the hot bosky bite of Tennessee summertime." —Walker Percy, "Bourbon"1

"If convention has it right, these are writers who bear something close to a genetic predisposition to produce a literature suffused with place."

"As a place where Black and Green were in perpetual contact, the Atlantic South furnishes an ideal case study in how these peoples moved with, against, and around one another."

“God First, You Second, Me Third”

"This was an anxious time for American Jews, stung by the anti-Semitic quotas and discrimination of the interwar years and the growing horror regarding the fate of European Jewry as the Holocaust came to light in the 1940s."

"He was such an eye-opener to me . . . such a reversal of the whole way you think about life and society."

“For the Scrutiny of Science and the Light of Revelation”: American Blood Falls

"Showers of blood, however dreadful, were not news. Pliny, Cicero, Livy, and Plutarch mentioned rains of blood and flesh. Zeus makes it rain blood, 'as a portent of slaughter,' in Homer's Iliad."

". . . Earl was a steady liar who never in his life solved a single crime, to hear my father tell it, an improvident soul prone to nocturnal misdemeanors himself . . ."

To Right These Wrongs: The North Carolina Fund and the Battle to End Poverty and Inequality in 1960s America (Review)

"There's a silence in snowy dawn that forces you to look anew at what has been transformed from the customary landscape of your day-to-day life. Dogwoods glisten in their silver finery; bowing fir limbs form a secret cathedral."