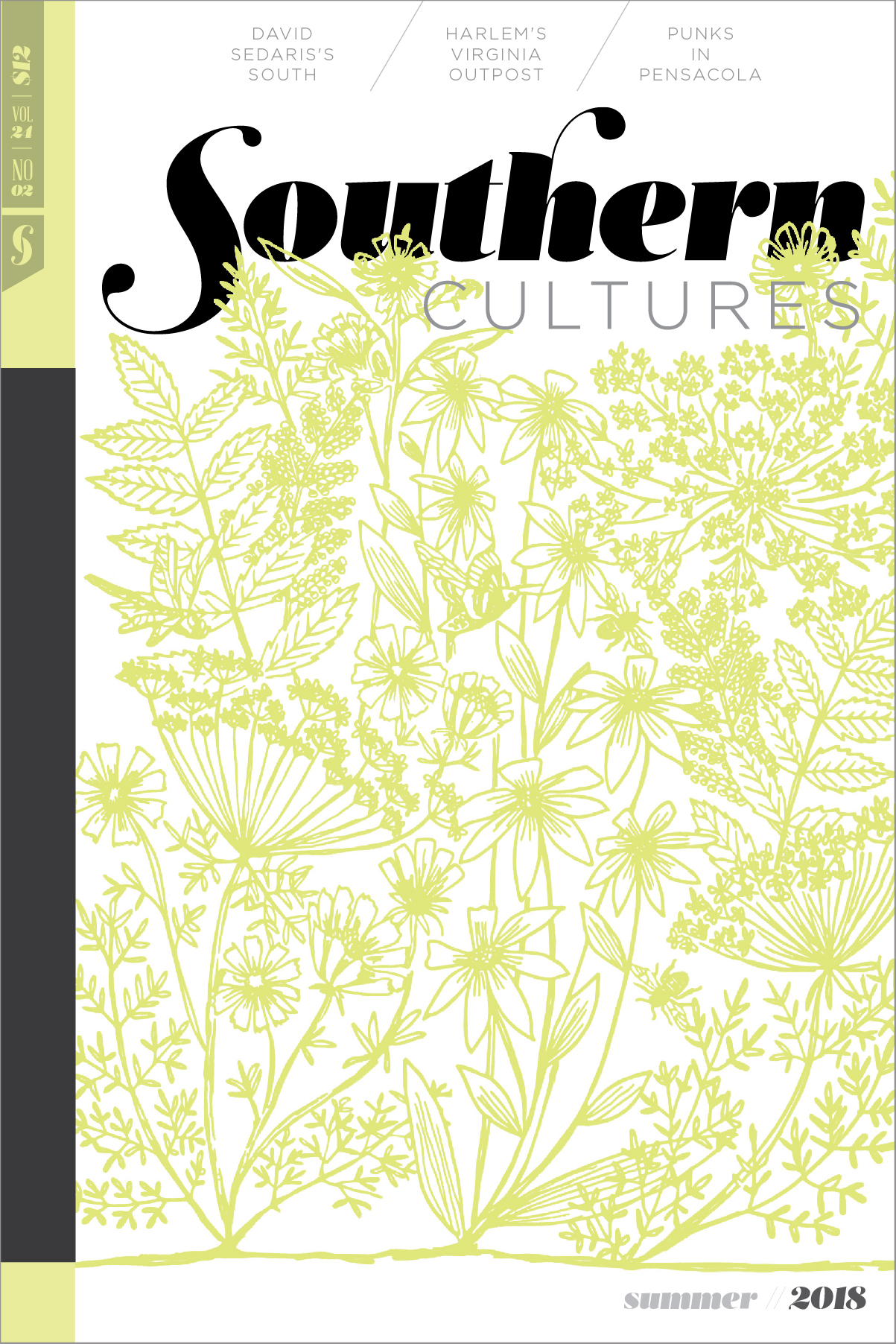 “As virtually every southern writer demonstrates, home can be a wellspring for art, and for every writer that stayed there’s another long list of southerners who left home.”

This article is excerpted from the Summer 2018 Issue. To read the full essay, visit Project MUSE.

“Cushman is always an elegist, in prose or poetry, writing about ‘the old life’ and its characters, all passing away, as she herself is.”

We knew to call out from work when the Pipe Bomb came to town. The next day promised a wicked hangover, maybe leftovers. This was slow food for broke folks, and the afternoons stretched on.

“The blues won’t solve Clarksdale’s problems, but . . . it will keep you going another day and give you hope for something better.”

This essay is excerpted from a longer piece in the Summer 2018 issue. To read the essay in full, visit Project MUSE.

From Georgia Peach to Art Historian

“My hope is that writing about how I found my way might help others who still search.”

“Unlike its immediate neighbors, Selma and Marion, Uniontown could claim no mention in the historic record of the ’60s.”

“let your freedom build slow like the death of a star across the years . . .”

In the Studio: David Sedaris