A strength of Southern Cultures is its content of archives-researched and interview-based essays. Southern Cultures has a close relationship with the Southern Oral History Program and the fruits of its labors feature prominently on our pages. This selection of readings examines the ways in which many of our contributors rely on in-depth oral history interviews (either from the archives or conducted themselves) and on archival research—both institutional and personal—to uncover for our readers the particularities of broader social movements.

“On the Participatory Archive:
The Formation of the Eastern Kentucky African American Migration Project”
Karida Brown, Vol. 22, No. 1 (Spring 2016)

Brown’s essay is an autoethnography of her oral history research with former residents of an Eastern Kentucky community. During her visits, people were eager to share the photographs, ephemera and other community records they had carefully archived through the years. These materials now constitute the Eastern Kentucky African American Migration Project, housed in the Southern Historical Collection at UNC. Brown demonstrates how the establishment of this sort of participatory archive creates “a space for invisible subjects to inscribe themselves in the institutional archives so they will not be written out of history” (120). For more, read “Community Archiving at the Southern Historical Collection.” Larger issues: oral history; community archives; archives and absences (or silences); African Americans. 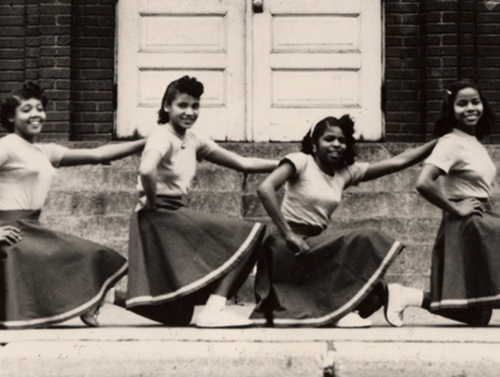 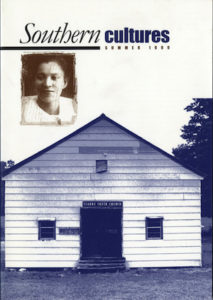 Using oral history interviews, court records and documentary photographs, Freeman and Crosby tell the dramatic story of land loss for the Newsomes, an African American family from Claiborne County, Mississippi. In 1940, more than thirty years after the family’s tragic loss, one of the Newsome sons took advantage of Roosevelt’s Tenant Purchase Program to become a landowner again. Freeman’s photographs feature several Mississippi families at home on land acquired through the Program and passed down to descendants. This essay points to the profound significance of land as a family and community resource for these—and many other—rural African Americans. Larger issue: Land ownership; land loss; inheritance patterns; African Americans; oral history; white supremacy.

“‘The Lady was a Sharecropper’:
Myrtle Lawrence and the Southern Tenant Farmers’ Union”
Elizabeth Payne and Louise Boyle, Vol. 4, No. 2 (Summer 1998) 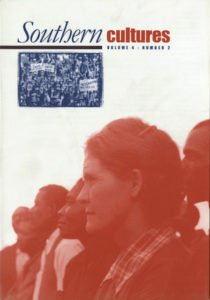 In part through oral history interviews with Louise Boyle who photo-documented Myrtle Lawrence’s life in the 1930s, Payne uncovers the creative work of the white sharecropper from northern Alabama who became a successful organizer for the Southern Tenant Farmers’ Union. Married at 13, illiterate, and landless, Lawrence proved to have an unlikely charisma and a vision for interracial society. Lawrence was ultimately pushed out of a prominent role with the STFU because she did not conform to dominant social expectations. Payne writes: “With rare exceptions, the faces of poor whites like Myrtle Lawrence were missing from the throngs who joined the biracial protests across the South during the 1950s and 1960s. Their absence raises the question of what the Civil Rights Movement might have looked like if Southern reformers and their northern supporters had been consistently less concerned with poor white southerners’ tobacco spit and double negatives and more focused on local struggles that crossed the boundaries of both race and class” (24). Louise Boyle’s documentary photographs of Lawrence and her family accompany the article and further amplify issues of class, gender and representation in the culture of social activism. Larger issues: women’s history; women and activism; labor; southern farmers.

Reston covered the 1965 march from Selma to Montgomery as a reporter for the Chicago Daily News. In the 1970s, he tracked down two of the Civil Rights era law enforcement officers who had offered formidable opposition to the Movement: Jim Clark, sheriff of Dallas County, Alabama; and Laurie Pritchett, chief of police in Albany, Georgia. Reston conducted interviews with the two men for a project with the Southern Oral History Program. His essay features nuanced analysis of personal law-enforcement styles, illustrated with each man’s reflections on his actions during that time of massive protest and change. The model of Reston’s oral history work could be applied to other figures enmeshed in the fight to preserve and protect the status quo. Larger issues: oral history; Civil Rights Movement; Civil Rights law enforcement. 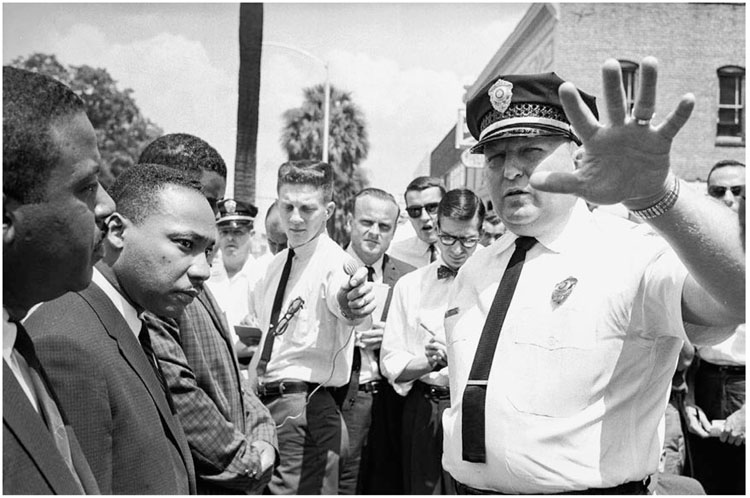 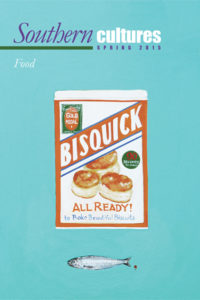 The photographic portraits of Lumbee restaurant owners, accompanied by excerpts from interviews Woods conducted with them, reveal busy entrepreneurs, powerfully grounded in local food practices, community reciprocity, and family cohesion. Maynor’s introduction eschews staid perceptions of Indian cultural practices to insist on relevance and coherence. “Indians change, like everyone else, but we remain Indians. We remain Indians because instead of doing things the ‘original’ way, we do things the appropriate way, which is to say, we share, we remember, we retain our dignity…We don’t forget, though others have largely forgotten, the role of Indian people in what we now know as ‘southern’ food” (85). The essay emphasizes that cornbread, fried chicken and collards are Indian foods, just as Thanksgiving and Christian worship services are Indian practices in the southeast. Larger issues: Lumbees; American Indians; foodways; southern Indian identity; small business owners. 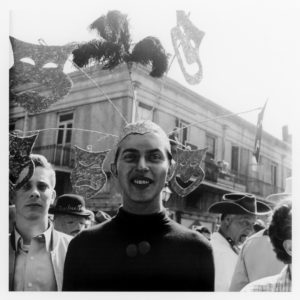 Mississippi native Jack Robinson left behind thousands of negatives when he died in 1997. Among them was evidence of his short, but successful, career as a celebrity photographer for Vanity Fair and Vogue in the 1960s. But he also left behind a record of gay performance art from 1950s New Orleans, where he lived and practiced photography before moving to New York. Wilkerson-Freeman’s essay features a selection of Robinson’s photographs taken at Dixie’s Bar on Bourbon Street in New Orleans. The images of gay men in costume and at ease in crowds of regulars and carnival goers at Dixie’s bar offer a glimpse of mid-century openly gay expressive culture in New Orleans and a counter-narrative to McCarthy era intolerance. Wilkerson-Freeman’s interviews with bar owner Dixie Fasnacht, fill in context about her popular establishment and her bohemian clientele. Larger issues: gay rights and culture; photography; tolerance; urban life in the South; small business owners. Read the complete piece online for free.

Helen Matthews Lewis pioneered the field of Appalachian Studies and has been a social justice and civil rights activist most of her adult life. Her scholarship is well known. Here, selected excerpts from an interview conducted with Lewis for the Southern Oral History Program’s Women’s Movement Project bring to light her life experiences. Her stories of awakening to injustice as a white child growing up in the Jim Crow South, of religious transformation at her discovery of the Protestant Social Gospel, and as a woman barred from the full opportunities and freedoms of a democratic society particularize a life that kept pace with the broad strokes of the Women’s and the Civil Rights Movement. Larger issues: women’s movement; social justice; women; Appalachian Studies; oral history. Read the complete piece online for free. 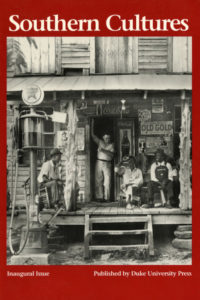 Focusing on Reconstruction-era sites and structures in Wilmington and Raleigh, Bishir demonstrates how white elites sought to recover their Civil War losses through classical and colonial revival architectural projects. She writes: “By commissioning monumental sculpture that depicted American heroes and American virtues in classical terms and reviving architectural themes from colonial America as well as from classical Roman and Renaissance sources, cultural leaders affirmed the virtues of stability, harmony and patriotism” (7). This essay is richly illustrated with documents, drawings and photographs drawn from the collections at the Winterthur Museum and the North Carolina State Archives, and it reminds us that public memory and life have histories and are shaped by those in power. Larger issues: public space; Reconstruction; architecture; built environment; memory; white supremacy.

“‘A Position of Respect’:
A Basketball Coach Who Resisted Segregation”
John B. McLendon and Pamela Grundy, Vol. 7, No. 2 (Summer 2002) 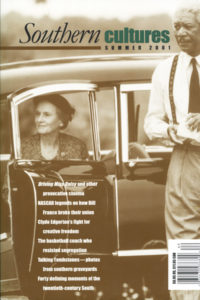 This selection features a gripping story about navigating Jim Crow culture that McLendon told Grundy in an interview with her for the Southern Oral History Program. McLendon was an influential basketball coach in the Colored Intercollegial Athletic Association (CIAA), and in 1957 he led his team at Tennessee A & I to an integrated national championship. In 1982 he was elected to the Naismith Basketball Hall of Fame. In the excerpt featured here, McLendon describes how he guided his players through a racially tense situation on a bus ride through West Virginia. Intending to highlight the rhythmic patterns of oral storytelling, Grundy chose to render McLendon’s story in poetic transcription. This feature offers opportunities to talk about the pros and cons of such a transcription technique and the role of story in oral history research. Larger issues: Jim Crow; oral history; segregation; basketball; poetic transcription.