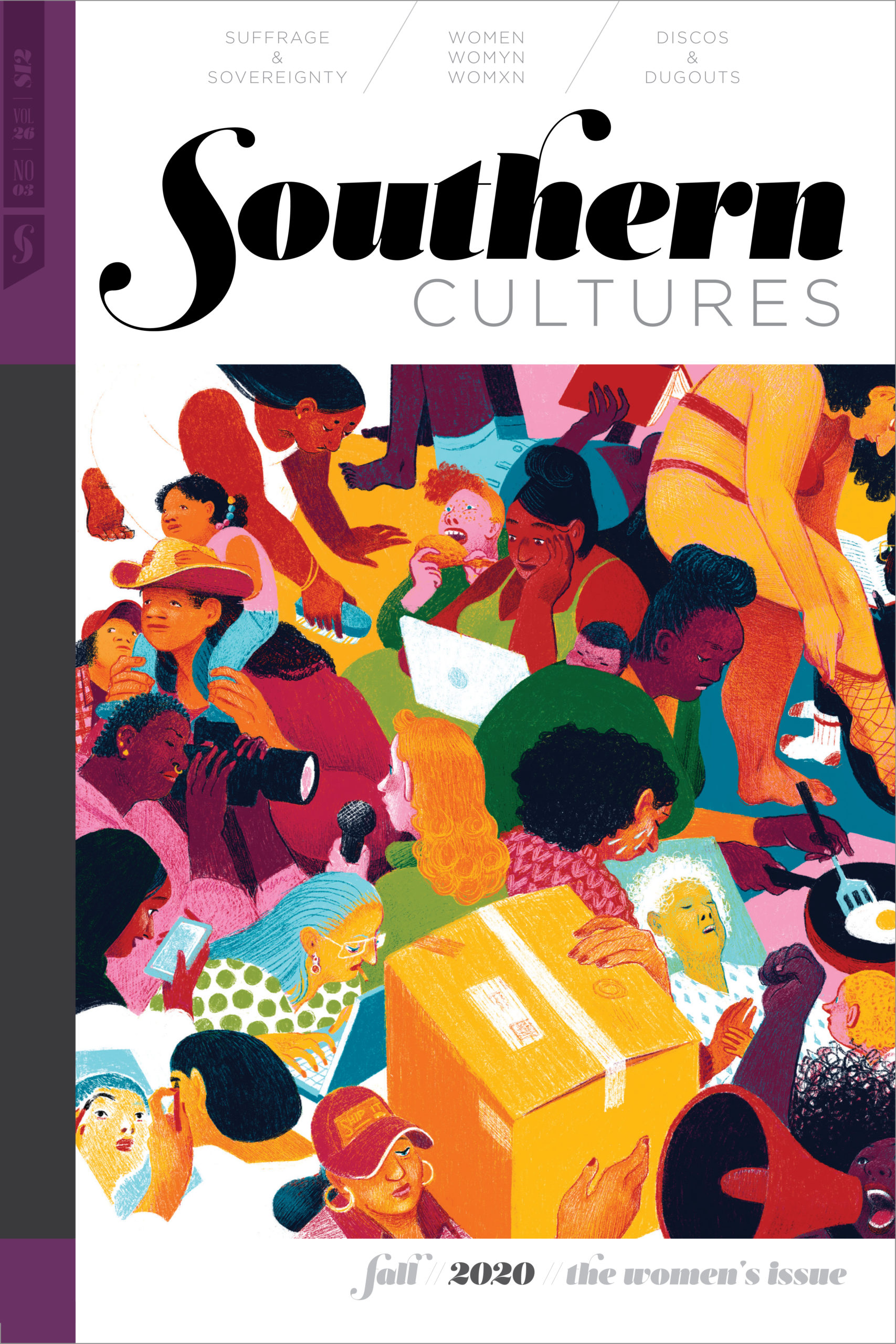 From suffrage and sovereignty to discos and dugouts. “This issue of Southern Cultures takes the centennial as a springboard to reflect on political power, women’s activism, and civic cultures,” writes guest editor Jessica Wilkerson. “From the point of view of women who lived, worked, struggled, created in, and sometimes fled the South, the authors here explore women’s intellectual and embodied relationship to place.”

“As we witness their labor and listen to the rising voices of women, we see resolute strength, vigilance, outrage, art, and agency.”

“The history of suffrage in the South—indeed, the nation—is messy and fraught, and more contentious than is typically remembered.”

“Wells-Barnett helped lay the foundations for both the modern civil rights and women’s movements and shaped the post-Reconstruction discourse on social justice.”

“Much changed over the course of the freedom struggle in how African Americans pursued rights and how segregationists defended white democracy, but sexual violence remained central to asserting white power.”

“The boundaries of traditional documentary tend to encourage a certain rigid empathy. When I was learning, it seemed like an emotional calculus I would never master.”

“‘In order to be able to live at all in America I must be unafraid to live anywhere in it.’”

How to Become a Woman

“I got to about twelve minutes, and the Speaker said the lady needs to wrap up her speech. And I just kept talking over the Speaker. So then about a minute later, the Speaker cut my mic.”

We shall endure / To steal your senses / In that lonely twilight / Of your winter’s grief. —Pauli Murray, “To the Oppressors,” 1939